Facebook Messenger is an extremely popular app these days; in fact, it currently has over 1 billion downloads on the Play Store and holds the #1 position in the "Top Free Apps" chart. There's a reason for this - it's extremely handy to be able to communicate with anyone you're friends on Facebook with instantly; no phone number or email exchanges are necessary. Now, a redesign and integration for Facebook's upcoming "M" personal assistant is being beta tested.

Back in December, Facebook rolled out a new Snapchat-esque camera interface to everyone. Not a lot of commenters found it to their likings, though, and I don't expect much more from this more comprehensive redesign. While it does make the UI look a bit more colorful and modern, it's a bit less functional. 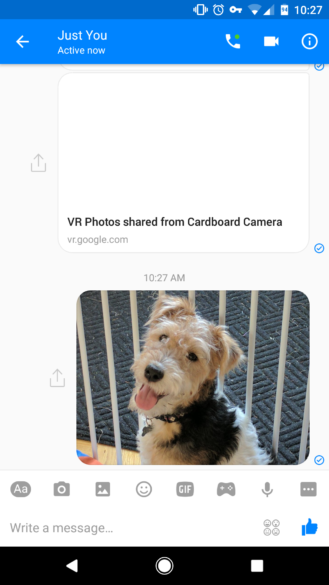 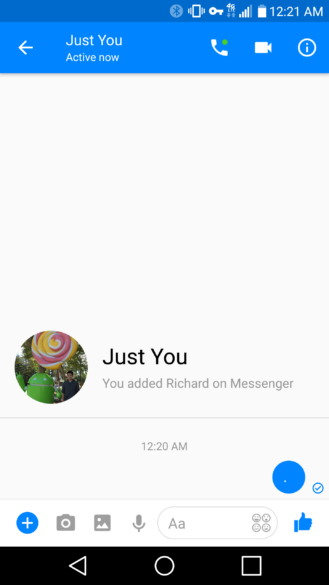 Essentially, Facebook has opted to move all UI elements from being spread out in two rows to just one. This means that while you do get slightly more space to view your messages (which nobody was really asking for), things are generally more difficult to get to. For instance, you now have to ensure that you tap a small portion of the bottom bar to enter text, whereas you could formerly tap anywhere in the entire width of the screen. 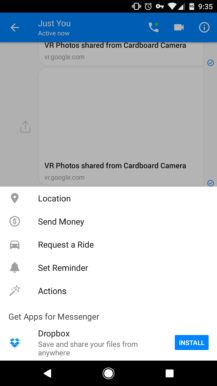 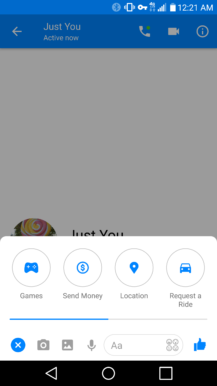 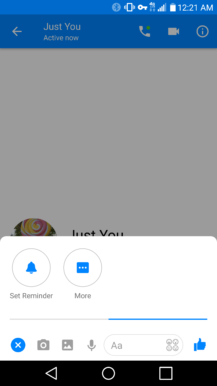 Other elements, most of which are now inside the "plus" folder, require more effort to get to as well. Want to start a game? It takes two taps now instead of one. Same goes for setting reminders (which I doubt many people use Messenger for) - it takes an additional motion now. 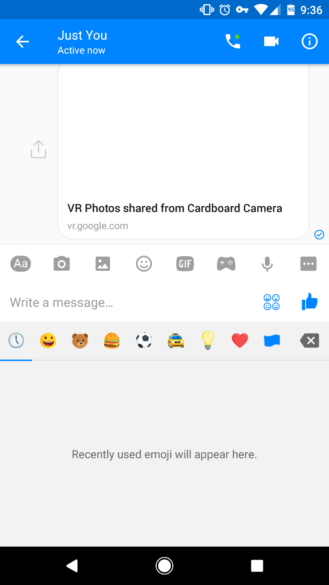 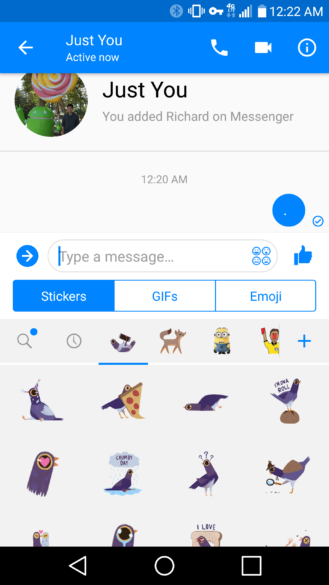 Sending a GIF can often require an additional click now, depending on whether you also use stickers or emojis. However, I do like how stickers, GIFs, and emojis are now more organized and labeled; they're all over the place in the current version. 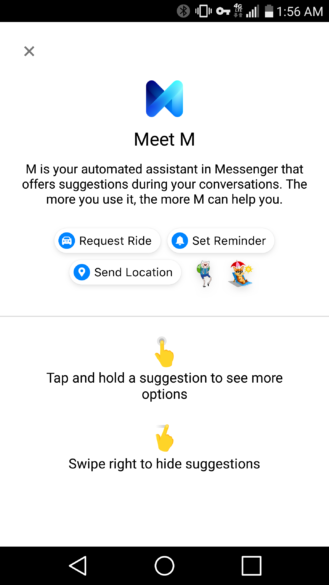 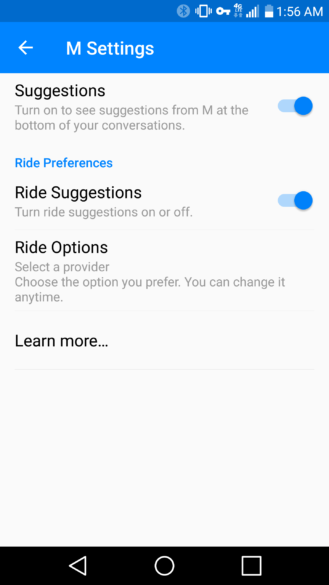 You can turn the popups off.

Moving on to the M assistant integration - this is not the actual M assistant that was announced way back in August 2015. I haven't been able to find this chatbot that will supposedly help me buy gifts or make reservations; what we currently see is a lot less interesting. There doesn't appear to be any mention of M's demonstrated use in the screenshots above, so it's possible Facebook has chosen to simplify it. 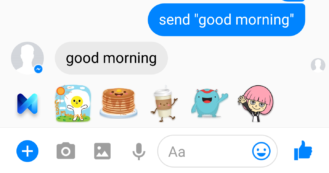 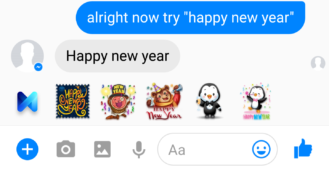 As far as I can tell, the only thing that M currently does is pop up in chats when it sees greetings or wishes such as "happy birthday," "Happy New Year," and "good morning" sent to you. It's a bit unreliable, with the pop-up sometimes choosing to appear and sometimes not, but it is in beta after all. 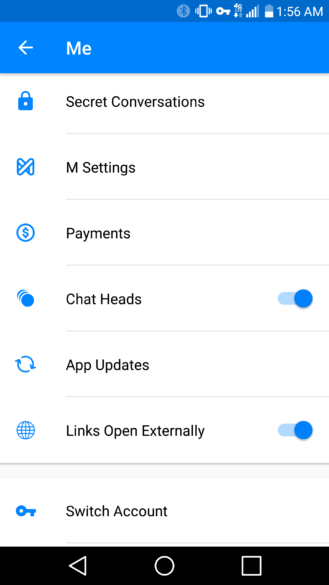 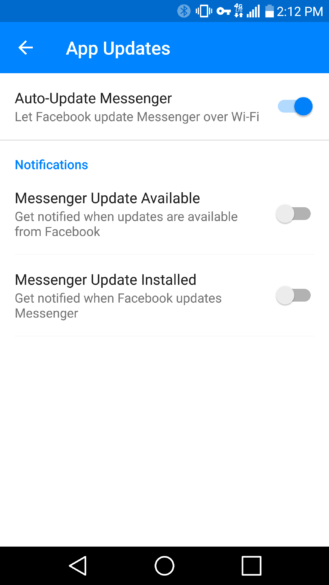 In addition to the UI change and M assistant, there's now an option to control notifications for app updates. If you've received one of those annoying "Messenger has recently been updated to version x.xx," notifications recently (the Facebook app sends them as well), tapping here allows you to turn that off.

I'd also like to take this opportunity to praise the devs at Facebook for adding a "links open externally" toggle; while it doesn't appear to be tied to the beta, not having to use Messenger's ugly and feature-less in-app browser is fantastic.

[Update: Not dead] Google has no plans for future laptops, future of Andromeda OS uncertain

Google is rolling out support for iHeartRadio for the Google Home