Take a look at the phone in the foreground in the image below. We can see the virtual buttons in the standard Android configuration: back, home, app switch. (At least we're assuming that's what the standard icons are representing.) That's notable on its own - Samsung's default icon layout is reversed relative to "pure" Android devices like Nexus and Pixel, with the back button on the right relative to the home button, as above. 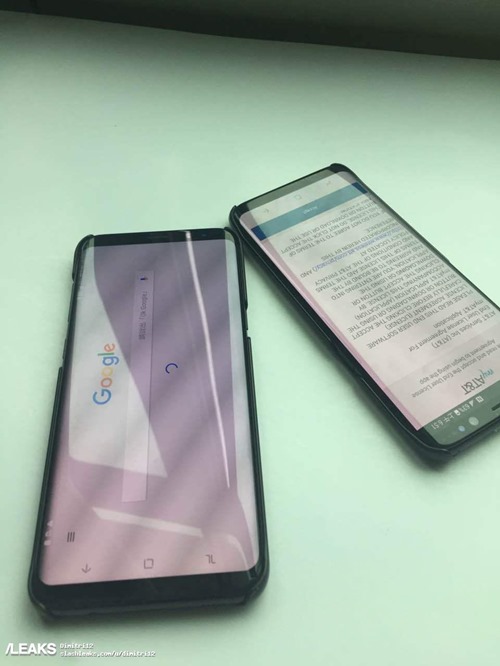 Now look at the phone in the background. It's a little tough to make out thanks to the low-quality image and the fact that the orientation is switched, but it looks like the navigation buttons are definitely reversed: app switch-home-back, in older Samsung fashion. The conclusion would seem to be that either Samsung is using different button layouts on different phones (extremely unlikely), or that there's a setting somewhere in the software that allows users to switch between the standard Android and Samsung-Android button layouts.

Samsung wouldn't be the first company to offer this interface option to users - LG likes to offer robust customization for its on-screen navigation buttons, and even some phones with physical capacitive buttons will allow you to change their functions. But considering Samsung's rigid adherence to its control format, not to mention the huge amount of hardware they'll sell in the S8 generation and beyond, this is a big deal. We'll (probably) get a confirmation on March 29th at Samsung's Unpacked event.