Sony has been showcasing a few concept projects for about a year. These include the Xperia Ear which has already materialized and the Xperia Projector that we first saw at MWC last year. The projector is becoming real at this year's MWC, with a new name and more details and specs.

Before we get started, let's talk price. This thing will cost €1499 so it's not like the decision to buy one will be easily justifiable. But it's so cool that I want one even if I can't afford it. 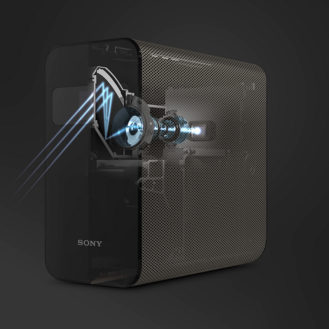 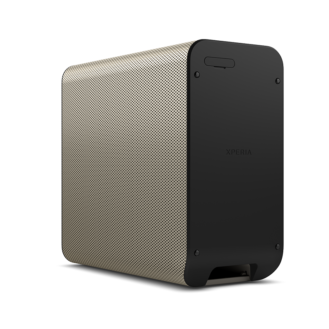 The Xperia Touch projects a screen onto any flat surface, table or wall, and transforms it into a 23" interactive HD touchscreen. It can recognize your gestures and taps thanks to infrared and its built-in cam which shoots at 60fps. It also knows when people are near and can be configured to show the clock or a message board automatically.

It runs Android 7.0 Nougat, with a home screen optimized for touch, and has the Play Store so you can download and install any app you want. It's also compatible with PlayStation® 4 Remote Play, so there are even more ways to benefit from it with games.

Here are the detailed specs inside: 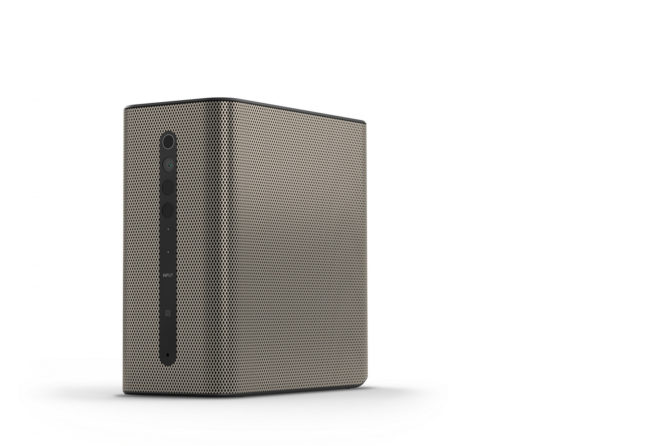 If you're interested and the €1499 price tag doesn't frighten you, you should be able to grab the Xperia Touch in selected European countries starting this spring via retailers and the Xperia Store Online.

“Xperia Touch is a revolutionary interface” said Hiroki Totoki, President and CEO, at Sony Mobile Communications. “A year on from unveiling our new brand direction and vision for the future of communications, not only are we announcing Xperia XZ Premium, equipped with the most advanced technologies to enhance the essential features on smartphones, we’re creating whole new interactive communication experiences with our Xperia Smart Products.”

Xperia Touch is an interactive projector that turns any flat surface into a 23” HD touchscreen, with either horizontal or vertical ultrashort-throw projection. The interface is fast, fluid and responsive to physical touch – it’s built using Sony’s SXRD projection display technology, and touch is made possible through a combination of Infrared light and real-time detection via its built-in camera, at a rate of 60 frames-per-second.

The elegant home screen skin is engineered specifically for touch – designed to be both minimalistic and accessible in brightly lit or dark conditions. It provides real-time weather information, a memo board for doodles or video notes, calendar access and a Skype™ portal for video chat with colleagues or loved ones.

Not only is Xperia Touch compatible with PlayStation® 4 Remote Play1, it will run any app or game downloaded from the Google Play Store, setting a new precedent for the way hundreds of thousands of application experiences2 can now be enjoyed. And, the unique projection, touch capability and sensor architecture will provide developers with an entirely new platform on which to build and create.

Xperia Touch rolls out to Europe via select retailers and the Xperia Store Online in selected countries from Spring 2017, with a suggested retail price of €14993.

Samsung Family Hub app now available on the Play Store, if you have the fridge to match