After the new P10 and P10 Plus, Huawei used its time on stage at Mobile World Congress to unveil the follow-up to its Huawei Watch. And just like we suspected from the previous leaks, this new watch is... nothing like the first. It's chunkier, sportier, blacker, and has a busier look and feel. 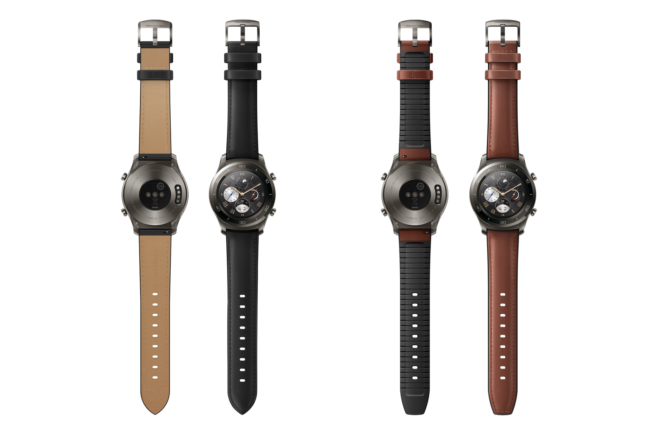 Huawei Watch 2 Classic with what look like 2 leather band options.

What we do know is that all watches have a chronograph bezel with two crown buttons, which is reminiscent of the G Watch R for me. The Watch 2 Classic appears to have a leather band whereas the regular Watch 2 has a rubber band, so that's your tip for distinguishing them in the press images. Here are the specs:

Huawei Watch 2 in black, grey (and yellow), and orange

The Huawei Watch 2 is following a bit the LG Watch Sport thanks to a kitchen sink of sensors and features. There's no real smaller and larger version here, both the Watch 2 and Watch 2 Classic have a similar screen and size, but differ in terms of material, weight, and lug width. The Classic takes larger 22mm bands and is a little heavier thanks to the use of stainless steel in its body. All models seem to use pogo pins for charging and have an ambient light sensor beneath the display, like several of the newest smartwatches. 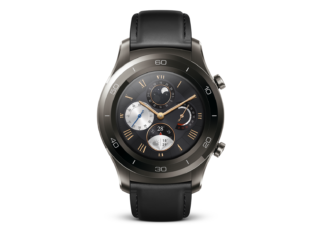 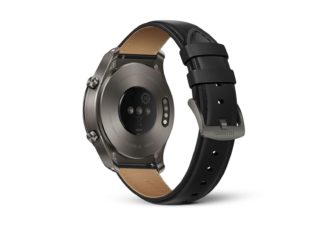 The Watch 2 has two crown buttons, one of which appears to be a shortcut to a workout app that can track runs with steps, calories, heart rate, GPS, and more, while dynamically notifying the user if they need to speed up or slow down to stay in their wanted heart rate zone. There's also an all-day tracking feature that checks your activity throughout the day and keeps an eye on your resting heart rate and your heart rate for the past 6 hours.

The Watch 2 will obviously run Android Wear 2.0 and will have standalone apps from the Play Store, customizable watch face complications, and Android Pay in supported countries. 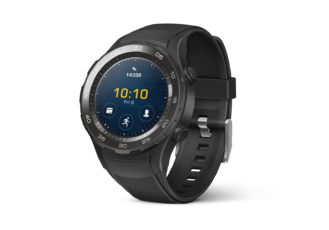 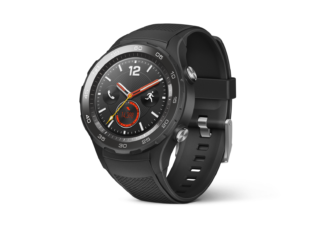 The black Watch 2 might come with either black or silver buttons.

We know the Watch 2 will have an LTE version, but we're not sure whether the Watch 2 Classic or the Watch 2 Porsche Edition will come in a Bluetooth-only or a Bluetooth + LTE models. That part will probably be clarified later. 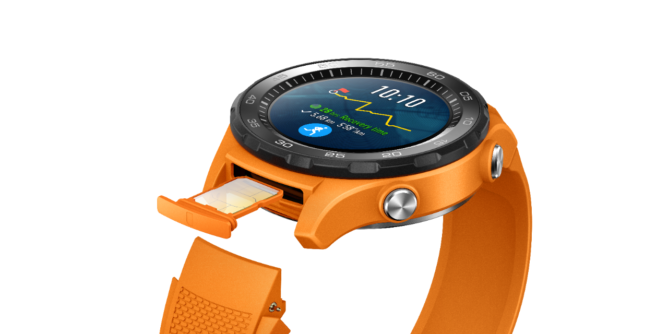 The Huawei Watch 2 and Watch 2 Classic will retail starting EUR 329, and prices will obviously depend on design and LTE connectivity. They will be available in March in Spain, France, Portugal, Italy, Germany, and China. They will then launch in April in the US (word is only one model will come to the US, but we're not 100% sure yet), UK, Australia, New Zealand, and plenty of other European and Asian countries, with only Malaysia following up in May.

As for the Porsche Design, there are no specifics regarding it, except an image of what it will look like. Connectivity, sizes, weight, materials, availability, prices, and more are still unknown. 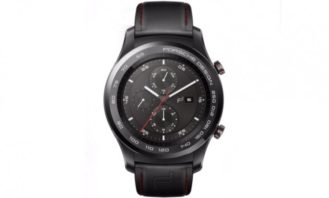