The Sony Xperia XZ was announced at IFA last year, and later released in the United States in October. As you might expect from a phone initially costing $699, it's powered by a Snapdragon 820 CPU with 3GB of RAM. Now Xperia Blog has posted the first image of the upcoming XZ Premium, and it's very shiny.

The only notable visual change between the XZ and XZ Premium is a new mirror Chrome finish. Xperia Blog reports that one of the main talking points will be the camera, capable of recording at 960fps with great low-light performance and anti-distortion. The XZ Premium is also expected to have a Snapdragon 835 CPU and a 4K HDR display. 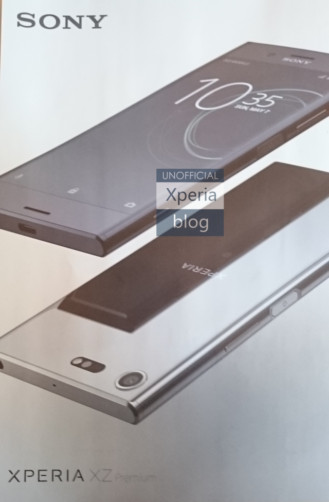 We likely won't have to wait long for official confirmation, as Sony is expected to announce the XZ Premium at Mobile World Congress.

BlackBerry Mercury announced as the KEYone, coming in early Q2 for $549 unlocked