OnePlus started its existence as a brash upstart, and today it's... a brash upstart. It is, however, a brash upstart that has produced a very good 2016 flagship phone. The OnePlus 3 and 3T are basically the same phone, but the 3T has more power under the hood and dollars on its price tag. Both phones offered similarly good experiences at launch, and now they're even better with Nougat.

So, how do these phones (specifically the OnePlus 3T) hold up? Quite well, but OP's actions in 2017 will be telling. This will be a pivotal year for the company. It could become a staple of the smartphone industry or prove to be just another middling player that will eventually fade away.

The OnePlus 3 (and 3T) launched with Android 6.0. In the case of the OP3, that was understandable as Nougat was not out yet. It was an odd decision on the OnePlus 3T, but I suppose OP really wanted to get the refreshed phone out before the holidays. Now, these almost identical phones are running Nougat, and they've gotten a few bug fix updates. Nougat makes these undeniably better phones.

OnePlus started the Nougat rollout to the OnePlus 3T on the last day of 2016, thus upholding its promise to begin doing so by the end of the year. However, you might have heard about a few bugs in that update. I'm happy to say these foibles have mostly been eliminated in subsequent updates. The Nougat update builds on the rapid patches from the OnePlus 3, resulting in a phone that's stable and mostly free of bugs. I will note that there are still some issues with touch latency—tapping the screen doesn't feel quite as immediate as it does on a phone like the Pixel. It's better than it was, but still noticeably slow in some instances. 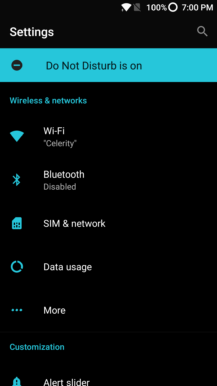 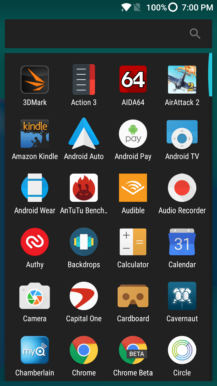 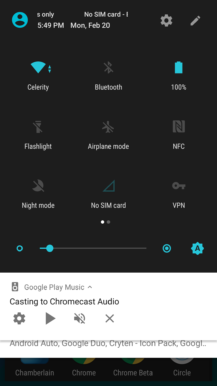 In general, Nougat on the OnePlus 3T performs very well. The multitasking/memory management issues that debuted on the OnePlus 3 are no more, and the hardware is beefy enough to push split-screen mode without stuttering. While multitasking itself is fine, the double-tap trigger to quickly switch apps does not work very well. A fast double-tap of the overview button is all it takes on all the other Nougat phones I've used. The OnePlus 3T on Nougat makes you wait a moment while it brings up the overview UI before you can tap again to switch. Annoying, but I don't think it necessarily counts as a performance issue. 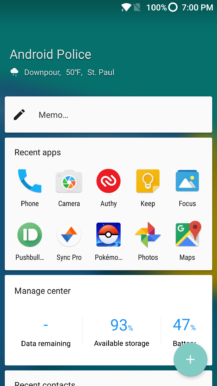 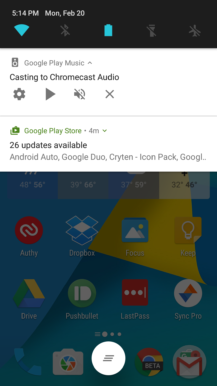 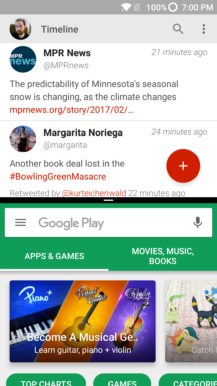 The only places I can reliably find lag are in the notification shade and the Shelf UI. I'm not sure what's up with that, but OnePlus did make a number of cosmetic changes that could be clunky on a lower level. The notification and quick settings features are all at parity with stock Android, though. The auto-brightness toggle is easier to access on the OP3T, which is nice to see. The Shelf UI... well, that's never been very good. It's a different kind of not good now. The Shelf UI on the home screen has been altered with solid white cards for recent apps, memos, recent contacts, and a "manage center." The scrolling in the Shelf is sluggish, and it gets even worse if you add your own widgets. The manage center often shows the wrong battery level as well. I wish OP would just use the Google add-on to put the feed in that spot.

OnePlus' customizations to Android in Nougat are subtle and mostly the same as we saw in Marshmallow. Other than the above UI changes, there's the custom home screen, custom DPI, screen-off gestures, status bar tweaks, dark UI mode, and some changes for the alert slider.

Fast hardware on a budget

The OnePlus 3T's design is still impressive all these months later—it's mostly unchanged from the OP3, after all. The aluminum unibody chassis looks nice, but it still strikes me as a little boring. OnePlus didn't take any big risks with the design, but you can't expect big innovations in this price range. The buttons have held up well, and the fingerprint sensor is still one of the fastest I've ever used. That's damn impressive considering phones like the Galaxy S7 cost nearly twice as much and have inferior fingerprint sensors.

The buttons flanking the fingerprint sensor/home button are not great, though. It's hard to know where exactly the button is on the bezel because the lights only come on when you've tapped the buttons themselves. At least Samsung's hardware buttons light up when the screen has been tapped recently. Thankfully, you can use on-screen buttons as an alternative. 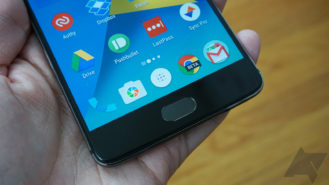 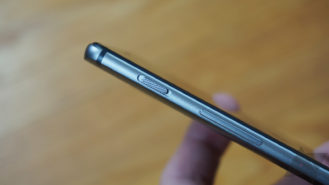 The Snapdragon 821 is still the best you can get, and the 820 in the OP3 isn't bad. Even the LG G6 and HTC U Ultra will ship with the 821. Samsung will be the first to have an updated Snapdragon chip, which leaves OnePlus in a very good place currently. The 6GB of RAM is still a little gimmicky. Phones like the Pixel are as fast or faster and don't have appreciably different memory management with just 4GB of RAM. I would not be shocked if OnePlus pushed it to 8GB of RAM in 2017, though.

The OnePlus 3T added a 16MP front-facing camera to the 16MP rear camera from the OP3. Great? Selfies aren't really my thing, but it's still one of the better selfie shooters around. The rear-facing camera has not changed since the OP3 launched, with the exception of some modest tweaks. HDR captures are a bit faster now, but still not very impressive compared to other phones. Low light performance is solid; good enough exposure with modest noise and (I think) an improvement to white balance compared to my original testing. In better light, the colors are accurate, but it still blows out whites in bright light. Focusing speed is still noticeably slower than more expensive phones, but you can't have everything. In general, it's the best camera available in this price range. 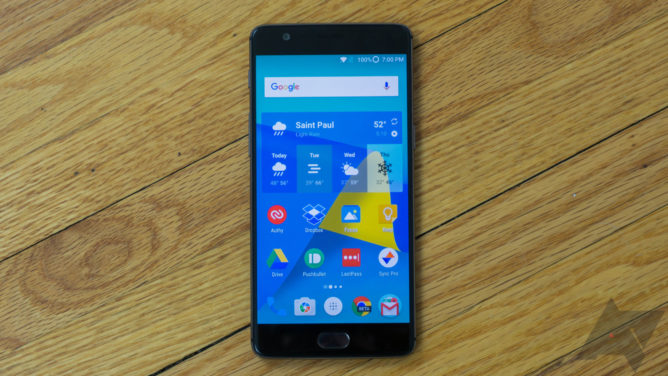 The 5.5-inch display is only 1080p, but it's definitely good enough. It's an AMOLED, so you can make out a little PenTile fringing at this PPI. Although, I think the display's other qualities make up for it. The viewing angles are fantastic and the colors are as accurate as you want them to be. There's the default calibration (which I personally don't like because it blows out some colors), an sRGB mode, and a custom temperature slider. Because it's AMOLED, the dark UI mode OnePlus built into the software looks very cool with the perfect black levels.

There are things to complain about, obviously. I don't want you to have the impression that I don't like the OnePlus 3T, though. It continues to be a great phone. I would not have believed it if you'd told me four or five years ago that phones like the OnePlus 3T would be available unlocked for around $400. The build quality is on-par with phones that cost a lot more, and the specs are solid.

The OnePlus 3T is a triumph for a company that looked like it was in trouble in 2015 (the OP2 was not great). OnePlus could solidify its hold on the "budget flagship" category this year if it plays its cards right. The OnePlus 3 (and 3T) bested similar phones from more established OEMs, after all. With a hit on its hands, it's now up to OnePlus to prove it can keep giving people what they want. I think a part of that is to stop begging for attention with cringe-y videos like this.

This is the sort of video I'd expect from a company that has yet to prove itself by making a good phone. OnePlus did stuff like this before the OnePlus One came out because it had to, but it doesn't anymore. It's time to grow up and talk about the quality of the products. I guess the weird obsession with Dash Charge is a start, but that's a snooze. Also, phones are filthy—don't put them in your mouth.

The end of Nexus phones gave OnePlus its opening in 2016, and it can capitalize by staying the course. That means high-end hardware that you can buy without an invite. Remaining responsive to the community is important as well. Despite the issues with OnePlus' 1-on-1 customer service, it has responded well to users at large. When the OP3 came out with weird screen calibration and memory management issues, they were addressed in an update not long after. It's a phone for enthusiasts, so the company listens to the (sometimes pedantic) concerns of enthusiasts.

OnePlus is still a niche player, but it can dominate that niche if it continues to focus on price. The release of the OnePlus 3T still strikes me as a ploy to eke out a little more profit on the 2016 hardware, and I'm a bit worried OnePlus will continue ratcheting up the price. Each year it's gone up a little, and that'll only work for so long. Most people buy phones on payment plans now, but a phone like the OP3T can still make sense if you really want something powerful and unlocked. The closer the price creeps toward mainstream flagships, the less OnePlus' phones will make sense. You have to know your market, and OnePlus' market is cheap and fast.

I've been critical of OnePlus in the past, but I'm excited to see what it comes up with in 2017. I just hope it doesn't muck it up.

Samsung Flow will soon allow you to unlock any Windows 10 device with your Galaxy's fingerprint ...