As found in an alleged system dump from the unannounced Galaxy Tab S3 by one of our tipsters, three images depict what is almost certainly a clipart mockup of Samsung's upcoming Galaxy S8 smartphone and some of its features. It is unclear why the images of the phone exist in Samsung's tablet, but it may have something to do with functions whereby the two devices sync data or otherwise work together. But in these images, clearly shown is the rear-mounted fingerprint scanner, as well as Samsung's much-awaited switch to onscreen navigation keys. 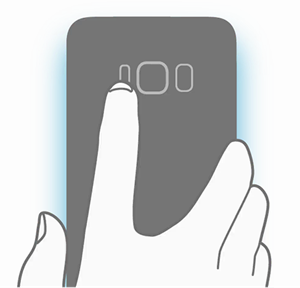 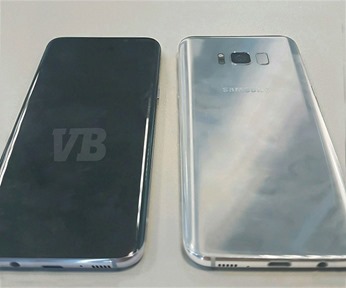 Left: The rear-mounted fingerprint scanner has been, to say the least, controversial for its location. Right: Previous leaked photo confirming location. 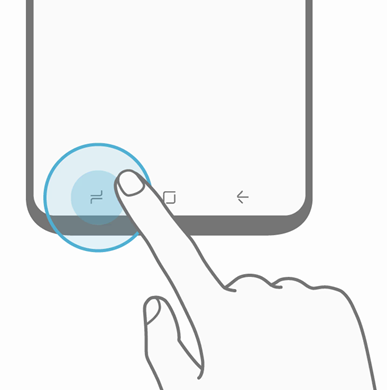 Left: The S8's on-screen nav keys, still in [im]proper Samsung order. Right: A live image showing one of the keys, via Twitter.

Here we see a tip highlighting the multitasking key for some reason, along with a square-ish home key, and a back key to the right - the typical order for Samsung. We also see the tiny amount of bottom bezel shown on the phone. For what it's worth, these depictions of what we can only assume is the S8 match one found separately by Sammobile in the Samsung Secure Folder app yesterday. The design of the back key was seemingly confirmed in a leak of the S8 earlier today, so this is almost certainly legit.

Finally, we've got a shot of the DeX dock, which will let your Galaxy S8 push a desktop-like operating environment to a connected external display.

Speaking to a source, I can confirm this is what the DeX dock will look like - it flips open to dock your phone, with an HDMI connector at the rear. Supposedly it's actually pretty neat. Whether the actual desktop operating environment will be any good, well, that's anybody's guess for now.

The Galaxy S8 isn't expected to be revealed until March, though, so we've got a ways to wait before any of this is official.

Samsung Flow will soon allow you to unlock any Windows 10 device with your Galaxy's fingerprint ...