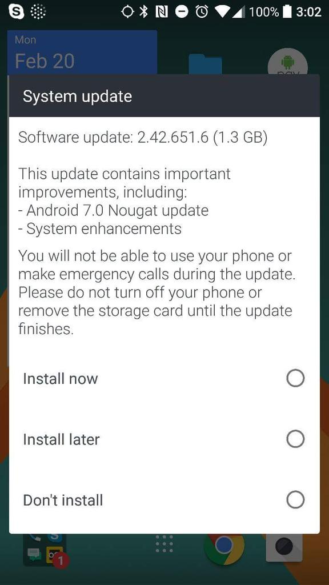 The update, which we've now seen several reports of, clocks in at 1.3GB. If you have a Sprint HTC 10, keep in mind that the update is likely a staged rollout, and it may take a week or two to reach everyone.