Love or hate them, Bluetooth devices are here to stay for a little while. Whether they be smartwatches, computers, or headsets, we rely on the wireless connection standard for convenience. But one issue that we Android users have is that our favorite mobile operating system does not display the battery levels of connected devices (except for some ROMs like MIUI), unlike its fruity competitor's. Along comes BatON, an app that tries to solve this issue.

Before we get started, there is one overarching limitation here. This workaround will only work with Bluetooth devices that have handset functionality (i.e. accept/reject calls) or a GATT profile (usually Bluetooth LE devices). So in my case, only my headsets' and Martian watch's (which has a speaker and mic for calls) battery levels were shown in the menu and notifications. 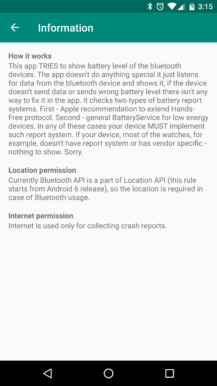 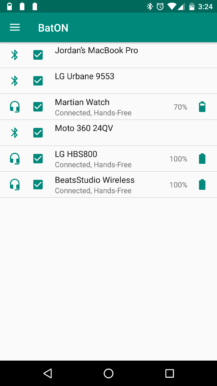 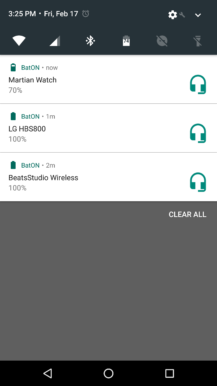 When first loading up the app, you are asked to grant it location permission. This was really confusing at first, until I read into the Information section. As you can see in that first screenshot, the developer states that the Bluetooth API is part of the Location API, thus why that permission is required for the app to work.

Once you're through that, you're presented with a list of all of your connected devices. In the second screenshot above, you can see what I was talking about when I mentioned the limitation. BatON lists my Android Wear watches and my MacBook, but those don't meet the criteria for displaying battery life. The ones that are supported will also be displayed in your notification shade with their name and status.

Digging into the settings, you're presented with meager pickings. I think this is a good thing; BatON is not trying to do too much here, nor is it trying to throw too much stuff at its users. You have two things to fiddle with: notifications and the auto measure frequency. Now, to avoid Artem's initial irritation with the app, I highly recommend toggling on the "Close notification on disconnect" setting. It's pretty self-explanatory, but it's disabled by default which is kind of a head-scratcher. 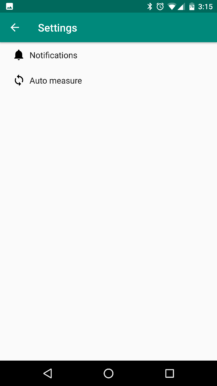 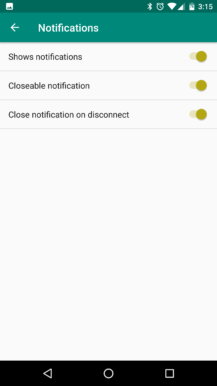 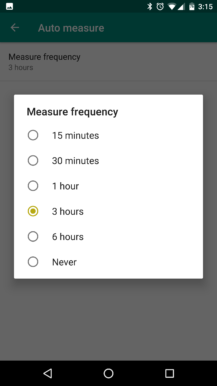 The auto measure section is where you set the frequency that the app will use to check on the connected devices' battery levels. The default is set to three hours, and I believe that is because you can manually remeasure the devices by tapping the notification or item entry in the main menu. Personally, I will probably switch to something like thirty minutes or an hour because I will forget to manually refresh.

On a final note, in Phil's tests with a Bluetooth 3.0 speaker, the app did not report any change from the initial battery level (in his testing, the speaker was at 70% when he started). Odds are that this is a limitation in Bluetooth 3.0 and not necessarily the fault of the app.

And that's BatON, a nifty little app that tries to solve an annoying problem. I realize that some headsets announce when their batteries are low or whatever (my LG Tone Ultra has high, medium, low, and empty announcements), but not everything does (*ahem* Beats Studio). I like what the developer is trying to do here. Go check it out in the Play Store. It's a free download with no ads.