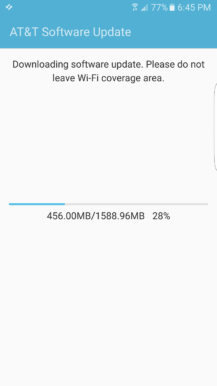 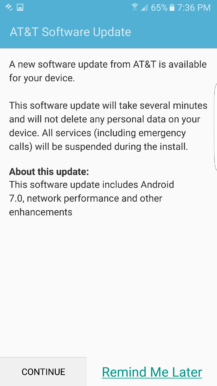 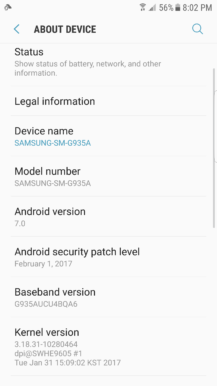 For the S7 edge, the update is weighing in at a quite sizable 1.6GB, and we wouldn't expect the S7's update to be much smaller. Like the T-Mobile one, it brings the most recent February 1st, 2017 security patch. Neither the S7's support page nor the S7 edge's page have been updated to reflect this Nougat update yet, but we'd expect AT&T to do so soon.

BatON is an app that tries to show the battery level of connected Bluetooth devices, despite ...