Inserting GIFs in Facebook Messenger has been available for over a year now, after it began as a trial in 2015. A GIF button shows up in the text entry box, next to the picture, emoji, and voice message options, and lets you search for the perfect animated reaction to send to your friends or family. But it looks like Messenger only searches one repository for GIFs, which is often (always?) Tenor.

If you want to check more sources for GIFs, you either have to download a separate app or you can use Google's keyboard Gboard. Since its release, Gboard has offered a GIF search option, but developers had to specifically enable it in their own apps. As far as we can tell, the option wasn't turned on in Facebook Messenger back in December, but it now is. Our tipster is seeing it on version 106.0.0.6.70 beta, but Artem verified that it works for him on an older 104 version. Update: 104 and 105 show received GIFs and the GIF button in Gboard, but fail to actually send GIFs. 106 fixes the issue. 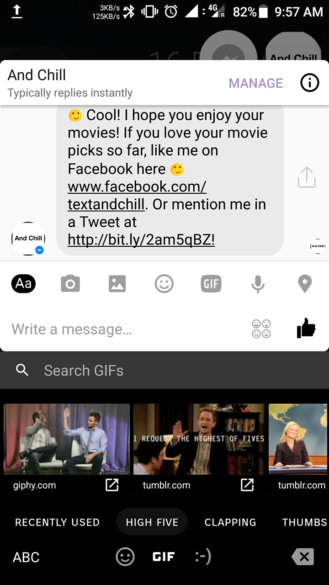 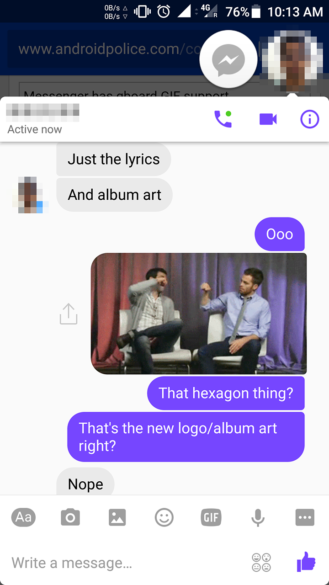 So when exactly that happened and with which version of Messenger, we can't tell without taking several hours to test dozens of releases. Thanks to stable and beta channels, server-side switches, and multiple small releases, it's becoming more and more difficult to pinpoint when a change happens and what triggers it.

All you need to know is that it seems like everyone can now use the GIF option in Gboard to search for and insert GIFs in Facebook Messenger. And that means that you can find GIFs from Giphy, Tumblr, Tenor, and more sites in one place.