Games on Android Wear are, for the most part, terrible. Oh, that hasn't stopped developers from trying. You can usually kill time better by simply playing a game on your phone, though. ChronoSpin is a new game for Android Wear that might actually be worth playing. It tells the time (because watch), but it's actually a simple arcade game.

Let's get this out of the way—ChronoSpin is not a watch face. I was frankly a little bummed about that. It has a neat look. You launch it from the app list, and it shows you an in-app watch face. You can swipe down to change the theme and swipe up to start the game. It's based on another game called PipSpin, but adapted to work on a watch.

The "hands" in the middle rotate in a clockwise direction, and you can reverse them by pressing and holding on the screen. You simply need to do that at the right time to avoid the circles flying in from the top of the screen. Each level takes a few seconds to play, and they get faster when you advance. It's a fun little time waster. I'd consider paying for this if it was a watch face that could launch the game with a button of some sort. 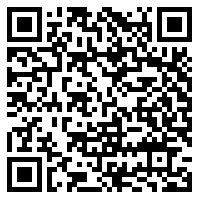 New Magikarp game splashing onto Android this spring in Japan