There are now a handful of Google Daydream-compatible phones, but apps are still just trickling out. There's one today that might be of interest, though. Bandit Six, which was previously available on Cardboard, has come to Daydream. It's a shooter that places you in the tailgunner pod of WWII bomber.

The gameplay in Bandit Six is straightforward—you point the gun at enemy aircraft and blow them out of the sky. It's a somewhat common VR mechanic in games like Gunjack. A lot of VR games are a little too clever for their own good, but I've always had good luck with games like this. They can get a bit repetitive, though. 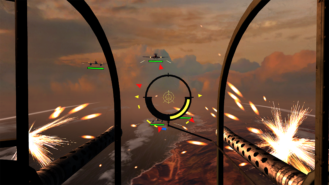 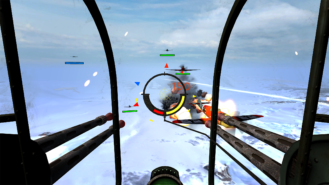 There are more than 30 missions in Bandit Six. I'm not sure how much variety there is, but at least the environments seem to change. This same developer released Hunters Gate, one of the better Daydream launch titles. So, it's worth investigating if you've got $3 and a Daydream phone. More than 80 gen 2 Pokémon are coming to Pokémon GO this week along with new berries, ...