That's the idea behind Batman: Arkham Underworld, in which players do not actually play as Batman. The management game is set in the same general universe as the Arkham Asylum console titles, but in a time period a few years before the original. You control some of the best-known members of Batman's rogues gallery instead, guiding them through various top-down missions to gain control of the city. More fully-voiced villains can be unlocked as the story progresses, and eventually you'll run into Batman himself (voiced by the unequaled Kevin Conroy of The Animated Series fame). Beat the Bat bad enough, and you'll send him scuttling back to his butler.

Unfortunately, what could have been a really interesting exploration of the villains in the Arkham universe fails to live up to the promise of the console games. The action shifts between rather tame top-down missions in which players control just one character at a time (your henchmen are all AI-controlled), and a Sims-style interface for upgrading the gang's hideout. Voice acting is impressive, but the 3D graphics are uninspired and the story sections play out in mostly static images. It's a far cry from the cinematic action of Arkham Asylum. 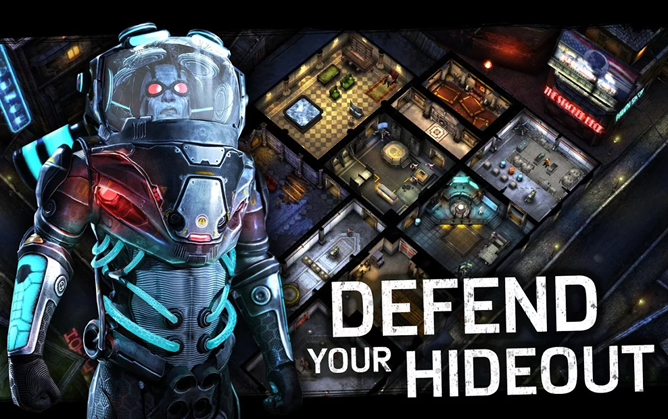 And predictably, Arkham Underworld relies on the same old mobile game trappings. Upgrading your base soon becomes the primary drive for taking on the next mission, which is short and only rewarding enough to make a little progress on the next base upgrade. Extra rooms and equipment can be bought with one of the game's three currencies, and impatient players are encouraged to use diamonds to speed up construction. Though the game is free, the premium diamonds are in short supply... and of course, you can get more by spending real money. The in-app purchases go up to an obscene $199.99 - for that kind of dough, you could buy a secondhand PS3 and the original Arkham Asylum game instead. And you'd be much better for it. Sprint's HTC One A9 gets its Nougat OTA update