We already posted how Google is now allowing developers to temporarily make their paid apps free. The app from that post, Blaze and the Monster Machines, is just one of several paid apps that are discounted or free for a limited time on the Play Store. 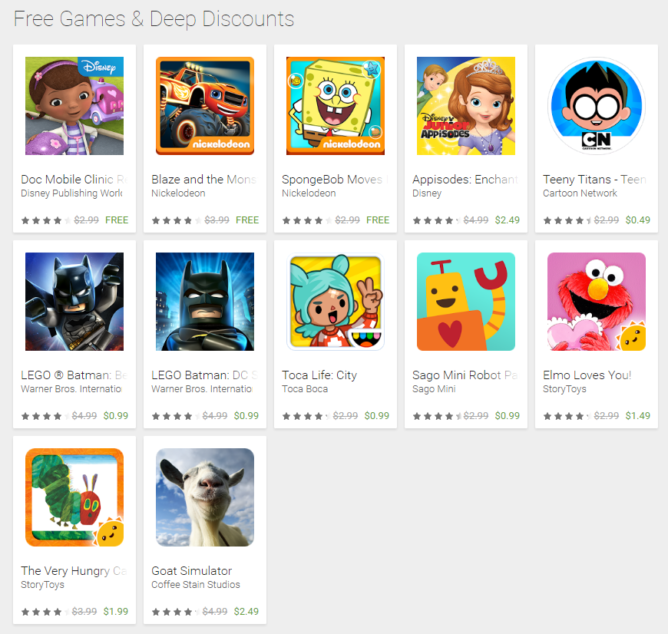 As you can probably guess from the titles, most of these apps are primarily for children, but Goat Simulator and LEGO Batman can be fun for all ages. You can find the app list on the Play Store below.

A brief history of Verizon's hatred for unlimited data