We run this poll occasionally in various forms, but as we near six months since Android 7.0 Nougat was uploaded to AOSP, it feels like a good time to figure out how many of our readers are on the newest version of the OS. And, if not, what version are you on?

Obviously, I expect a great deal of you are running Android 7.0, because a great deal of Android Police readers are Nexus and, now, Pixel owners. So, you've probably had it for a while. What will be interesting is to compare these figures side by side with those Google publishes monthly in its platform distribution chart. I've placed February's chart below, in which Marshmallow is the single most popular API level, followed by 5.1 Lolipop, then KitKat - Nougat makes up a mere 1.2% of the total if you're counting both 7.0 and 7.1. 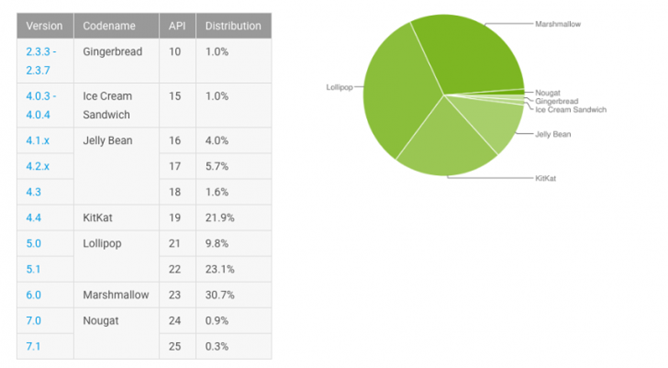 So, vote in the poll below, and observe the disparity with the chart above.