Cloud storage is all the rage these days. So is fingerprint security on mobiles. Box, a cloud storage provider, has caused these two to collide, adding fingerprint authentication support to its Android app. 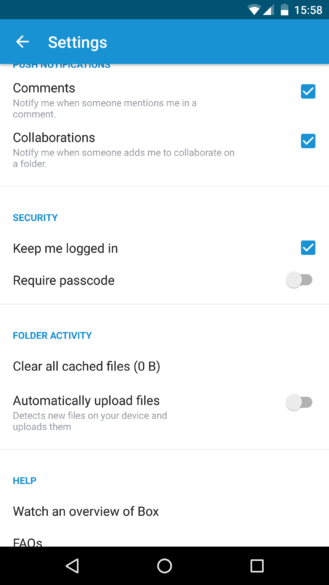 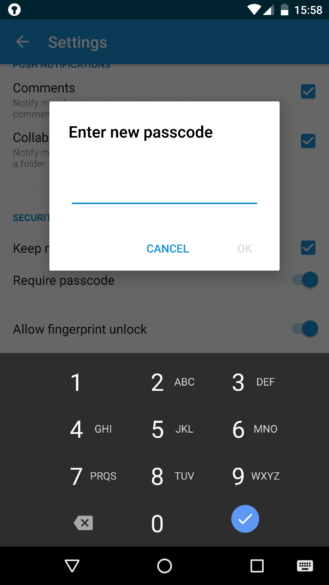 Because Box is more focused on enterprise than Google Drive or Dropbox are, security is paramount, with files that may be important or classified being stored in its app. Therefore, it is crucial the authentication of the app is top-notch, hence the fingerprint support. It can only be turned on if passcode support, a four-figure PIN, is turned on too. When toggling fingerprint unlock on, it doesn't authenticate this with your fingerprint, which I find weird, seeing as other apps do this. However, it does seem to use the official fingerprint unlock API. Sadly, when fingerprint unlock is turned on, screenshots cannot be taken while the app is on-screen. Bummer.

If you like the sound of added security to safelock your account, the Box app is available on the Google Play Store. It's also on APK Mirror, if you'd rather not go Google, so to speak.