Even though the screenshot below has a bottom navigation bar, it is obviously apparent that the main tab bar at the top remains. For me, this creates a confusion over app hierarchy, ultimately baffling end users by having multiple things that go to different places. The tab bar also does not follow the material guidelines, which say two or less options should use tabs instead, and have icons, not word-based descriptions (obviously Facebook can not do the former, because the tab bar at the top is still there). However, this is Facebook, and we're all familiar with its, er, reluctance to follow Google's guidelines. 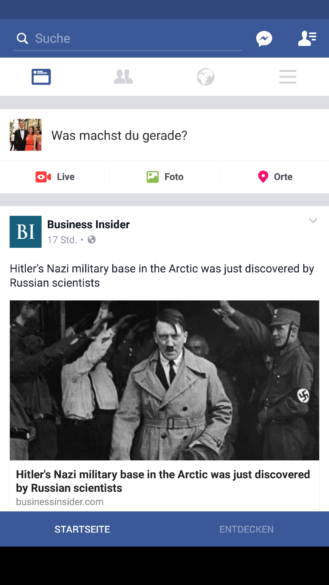 While the tabs are in German as that is Fedor's native tongue, he mentions on Google+ that the words used by Facebook mean 'Homepage' and 'Explore' in English. Fedor has not specified where the 'Explore' tab goes to or what it does. 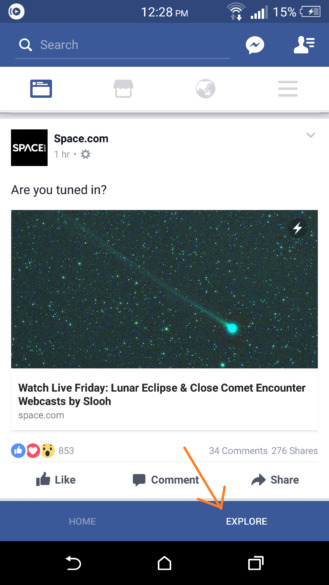 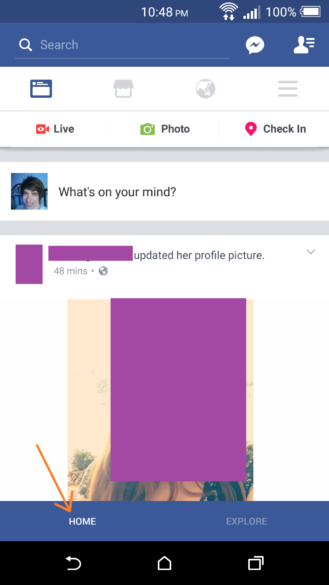 We've received no other tips on users who are seeing this, and no Android Police team member is seeing it, so it may well be a limited test, possibly geographically. The Facebook app is available on Google Play, or we have it on our sister site APK Mirror. If you're seeing the test, let us know in the comments - we'd be very interested in finding out more.