A new beta update of Google Maps began rolling out late Tuesday night. The changes aren't particularly major, but they might tie up a few loose ends. If you're a Local Guide with a few points to your name, this version will bring the ability to share links to individual reviews. There are also some tweaks to the notification settings, including a new notification for people with business listings to maintain. Finally, there's an improvement to the parking difficulty rating system, but it may not be live yet. 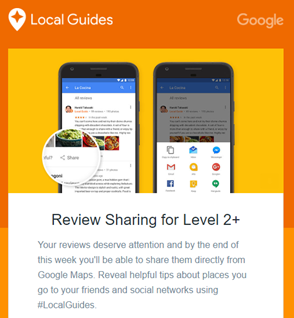 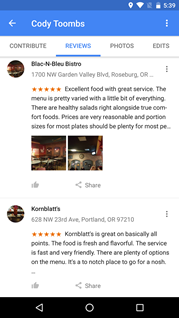 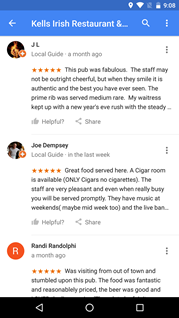 If you've made more than a handful of submissions to Google Maps, there's a fairly good chance you've already seen an email about review sharing in the last day or two. To put it simply, members of the Local Guides program that have achieved level 2 or higher will now see a button below reviews that shares a link to the specific review. You can share your own reviews or any other user review in the app.

It always felt odd that there was no way to link to specific reviews before now. Even stranger is that this is exclusive to Local Guides since it might be useful to people that haven't had a reason or interest in contributing anything. Perhaps this is the first stage of a rollout and the share button will become available to everybody in the coming months. Either way, it's good to see this particular feature becoming available. 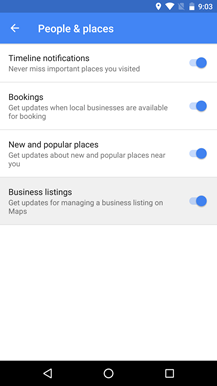 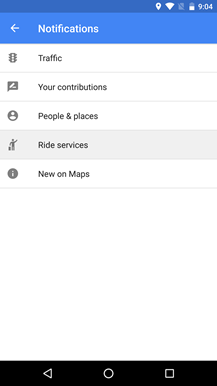 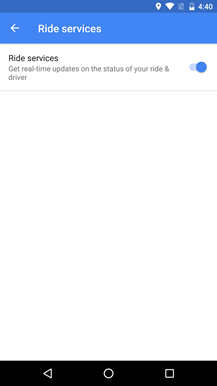 There are also a couple of changes to the notification settings. To begin with, there's a new toggle to turn off updates related to managing business listings. It's not really clear what types of notifications will turn up, but if you have any business listings, keep an eye out for these. The toggle is enabled by default, so you may want to preemptively turn it off if you're confident these notifications aren't interesting to you.

The second change is pretty trivial, but since we're already looking at notifications, there's no reason not to mention it. The group titled "Transit" has been renamed to "Ride services" and slid a few spots down the list. The group still contains a lone setting also called "Ride services," so very little has actually changed at this time. This adjustment was probably made with the intention of adding more settings to this screen, so something new is probably coming soon.

The addition of parking difficulty markers in the v9.44 update was certainly welcome, and an explanation of how it was done proved just how tricky the problem was. However, just because the Maps team was successful, that doesn't mean there wasn't room for improvement. But it's surprising to see that they're already adding something just a couple of weeks later. A couple of new strings in the apk show there is also going to be a flag for destinations that provide on-site parking.

*New lines are shown in green.

I've checked several locations that I know to have on-site parking, but none are reporting it yet. It's entirely possible I'm checking places that haven't been processed yet, or maybe the Maps team is still working out some kinks before rolling this out. In either case, this may go a long way in speeding up arrivals and preventing people from looking for street parking if on-site parking is available.