It's been a big day from the mystical Google land. In addition to all of the Wear stuff, the team behind Android Things has released the second Developer Preview for supported Internet-of-Things platforms. It brings some new features and a few bug fixes, as well as support for the Intel Joule.

Android Things, formerly known as Brillo, is Google's solution to a comprehensive, friendly IoT foundation upon which to build awesome products. Since it's based on Android, developers should already be familiar with the APIs and various Google services. It supports a System-on-Module (SoM) architecture that allows for a wide range of flexibility on product design.

A few of the new features are USB audio support for the Intel Edison and Raspberry Pi 3, an improvement on user drivers (introduced in DP1), and the addition of TensorFlow. The latter is the star of the show here in the new preview. It allows for machine learning and computer vision to be applied to an IoT platform, opening up a realm of possibilities. Google has provided an early access inference library that is prebuilt for both ARM and x86. 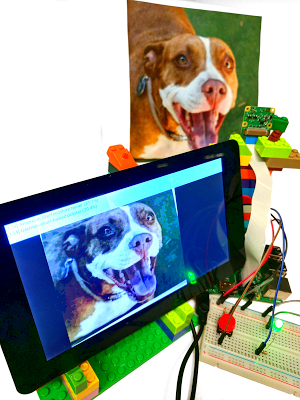 While TensorFlow might seem kind of boring, let's take a quick look at the example Google gave. In the picture above, the sample is demonstrating a user accessing the camera, which the device then uses to perform object recognition and image classification, and everything wraps up with the results being spoken out using TTS.

If you're a developer in this area, hit up the source links below for more information, release notes, and preview image downloads.

Muzei gets its first real update in over a year, brings full photo folder selection, a history ...