This is not a full review, just an initial post about my thoughts. Due to a small mixup at Google, I only had around a day to check the Watch Style out, with Cody getting even less time to take a look at the Watch Sport. Feel free to ask any questions you may have in the comments, and we'll do our best to answer them.

The Watch Style is the third LG Android Wear-powered smartwatch I've used, following the rugged G Watch R and the massive Watch Urbane 2nd Edition LTE. My experiences with both were positive, with few to no complaints. However, the Watch Style targets a different smartwatch buyer - one who prefers form over function, and one who wants a smartwatch that just... works. 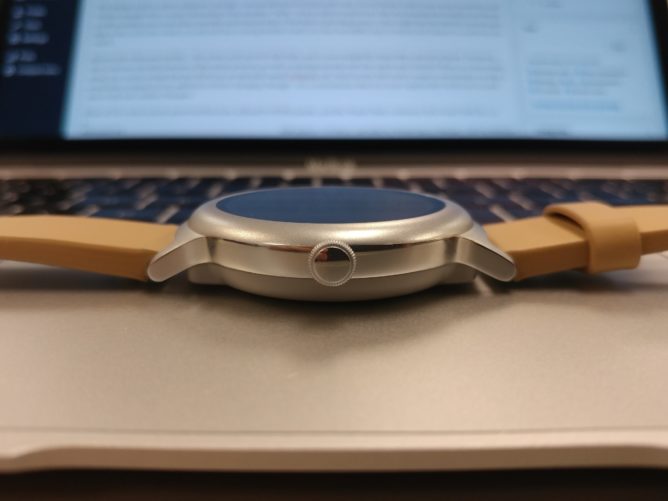 LG really tried to concentrate on making a thin smartwatch, which has proven difficult even with the made-for-wearables Snapdragon 2100 processor. The Style comes in at 10.8mm thick - that's not much thinner than the Huawei Watch at 11.3mm thick, and is actually quite a bit more gainly than the original ASUS ZenWatch, which measured in at just 9.4mm thick. However, LG did an excellent job making the Style look more compact than it really is. It's a sort of three-layer design that achieves this; the top has a matte metal finish, the middle is polished metal, and the bottom is plastic. At a glance, the Huatch and even the ZenWatch look much chunkier than the Style. 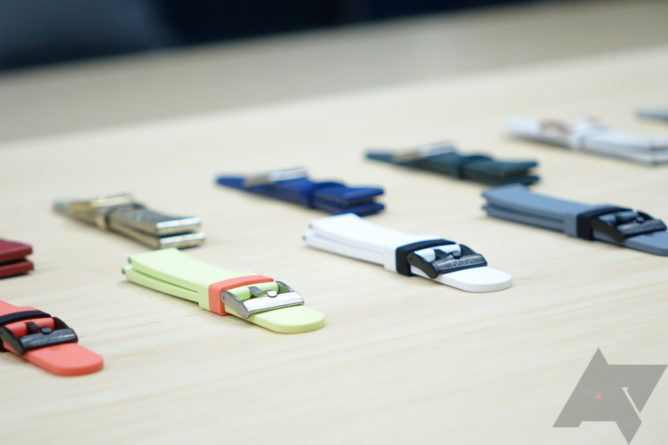 The design itself is rather subjective, though. I personally find its looks quite nice, if a bit bland, while some team members and friends thought that it wasn't deserving of the moniker "Style." If you want to stand out a bit, the steampunk-looking ZenWatch 3 will probably serve you better, but the understated look of the Style is growing on me. I also really like the MODE watch band that comes with this watch; it's soft and smells nice. It's also incredibly easy to attach and detach. 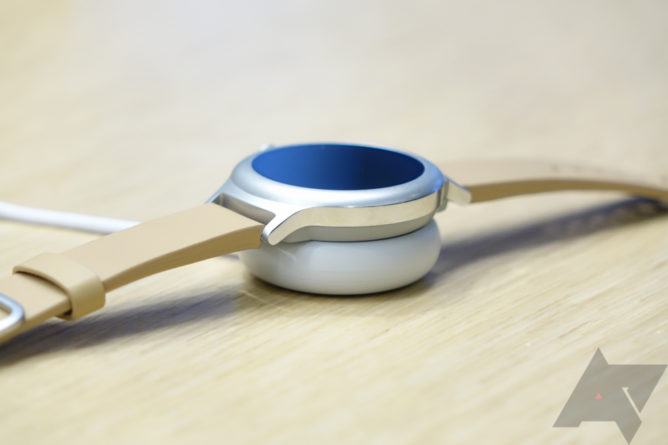 Battery life today was terrible - the review unit arrived with 83%, and it was completely dead after around 9 hours. However, that's almost certainly because of the setup process, as well as playing around with the watch and Android Wear 2.0 more than usual. It is worth noting that the Style has an absurdly small 240mAh cell. Wait for the full review to get a real answer on this. I would like to thank LG for utilizing wireless charging, though - it's a convenience that you won't appreciate until you've used some truly bad cradles/chargers. 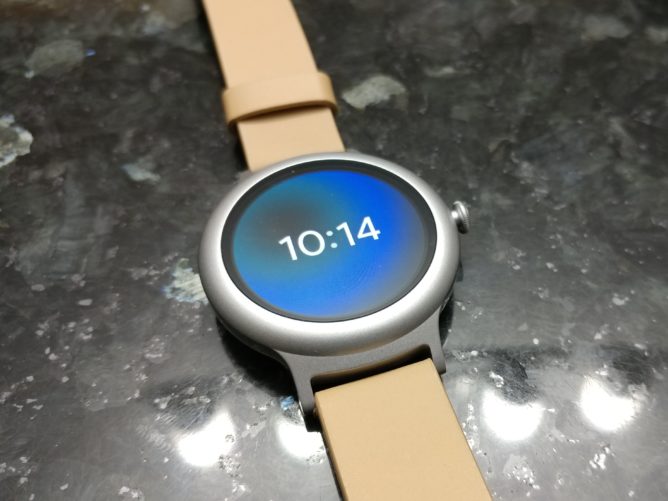 Most of LG's more recent smartwatches have utilized P-OLED panels, and the Watch Style continues that trend with its 1.2-inch 360x360 display. I haven't had the chance to test it out in more varied conditions, but thus far, the screen seems to have adequate detail and brightness. No complaints here. 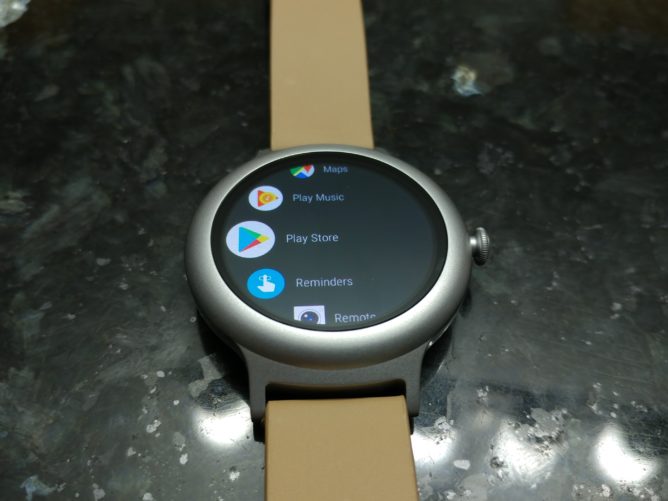 Moving on to the software, I'm loving Android Wear 2.0 for the most part; it feels more polished than 1.0 ever was. Some notable changes include the Tizen-style dial launcher; the new pulldown that combines the airplane mode, Do Not Disturb, theater mode, and Settings quick settings into one page; and the new watch face selection system. It's also hard not to mention Google Assistant, which can be accessed by holding the crown/button down or by saying "OK Google" on the watch face. Unfortunately, the Style doesn't have a speaker, (the Sport can't either; it's a limitation of AW2.0), but it's still pretty useful. And while we're mentioning omissions, the Style also doesn't have NFC, which means no Android Pay support. Womp, womp.

In terms of performance, the Watch Style blows any other Android Wear watch I've ever used out of the water. Animations are insanely smooth, lag is virtually nonexistent, and the whole experience just felt effortless. I did initially have an issue with notifications not showing on the watch, but Google PR informed us that this was because of a potential skipped step in the tutorial, and that it would not occur in consumer builds. A reset fixed the issue. 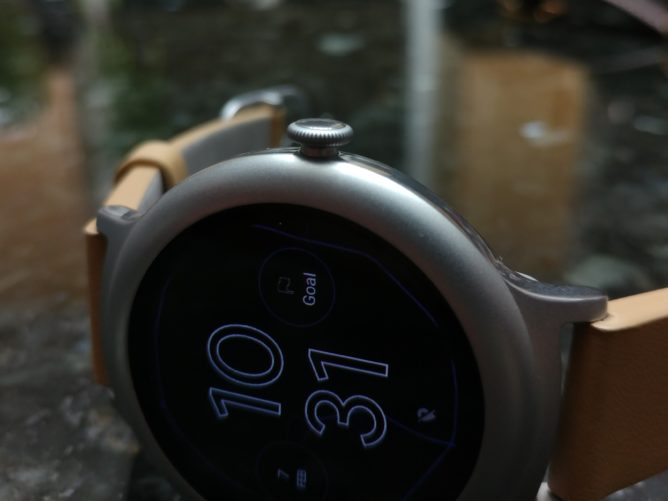 More positive feedback: I'm in love with the scrolling crown. LG calls it a Rotating Side Button, but that's way too lame of a name for something this awesome. The scrolling crown essentially allows you to scroll down the launcher and other apps by rolling the side-mounted button with your finger. It allows you to see more of your screen, and less of your finger. It's currently limited to Google apps, but third-party support should arrive quickly. Yes, I know that Wear isn't the first wearable OS to support this, but it's nice to have nonetheless. 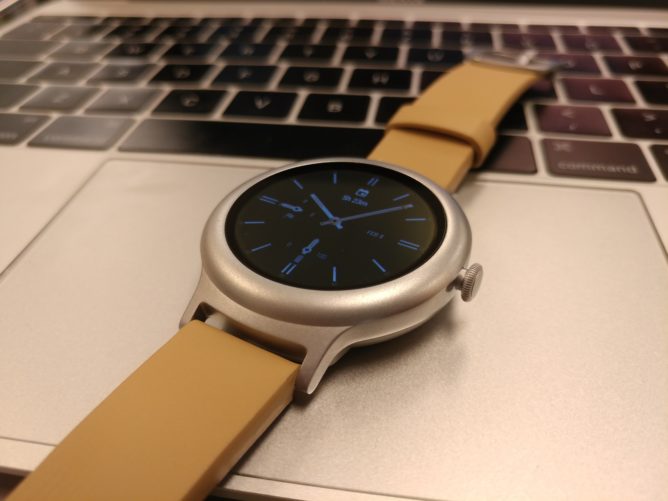 So that's about it for now. Thus far, the LG Watch Style has been reminding me of what a Pixel watch would be like - it has an understated, minimal design and no industry-leading features, but fantastic software and performance. The only thing I'm really worrying about is battery life; that 240mAh cell really is quite tiny. If you're more interested in the larger, more feature-packed Watch Sport, Cody will have a post about it up shortly.

Here is the complete list of every watch getting Android Wear 2.0