Looks like Vizio is pulling itself out of some hot water. The popular television manufacturer (among other products) has been fined $2.2 million, payable to the FTC and the State of New Jersey, for some pretty serious privacy violations. Starting in 2014, Vizio has sold Internet-connected TVs that track what the customers watch and send that data back to its servers.

This problem goes down pretty deep. The tracking software, which was retrofitted to older models, captures a small selection of pixels from the screen and crosschecks it with a database of visual media content. It also snooped on video feeds from cable/broadband providers, streaming and set-top boxes, connected Blu-Ray/DVD players, and OTA broadcasts. According to the FTC, this amounted to 100 billion data points each day from any affected TV.

All of this information didn't sit on its haunches somewhere. The complaint leveraged by the FTC and the Attorney General of New Jersey asserts that Vizio then sold all of this data to advertisers. Some of the stuff that these third-party entities got were ages, sexes, household size and income, marital and home ownership statuses, and education levels. Of course, Vizio's contracts stated that the advertisers were prohibited from re-identifying the customers and households by name. Because that's comforting.

Furthermore, the complaint states that the now LeEco-owned manufacturer was not as clear with its customers about this as it should have been — and by that, I mean not at all. The software was hidden behind the "Smart Interactivity" setting . It is described as offering suggestions for new programs to watch, among other innocuous, mundane things. Of course, the "we're tracking your viewing habits and selling the detailed data to advertisers" bit was strangely left out. Weird. 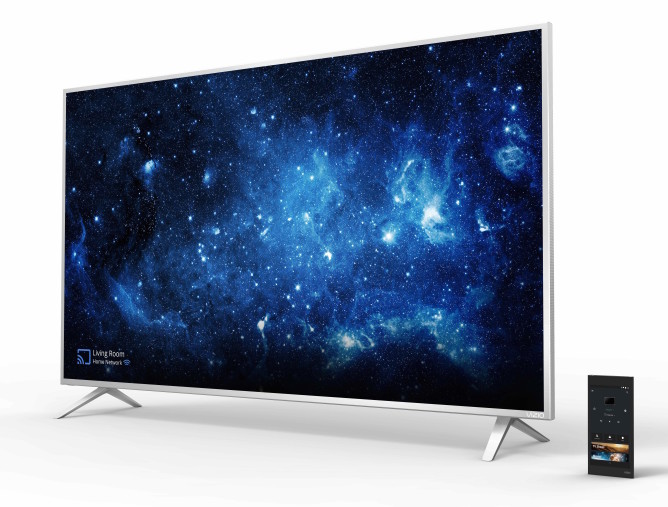 Whether you're okay with a company doing this sort of thing to you is your own business, but you should at least know about it. In the settlement agreement, Vizio has decided to stop all unauthorized tracking, to clearly disclose any further snooping, and to obtain its customers' express consent before it collects and shares anything else. The FTC and NJ Attorney General have also demanded that the company must delete "most of the data" it collected and institute a privacy program to ensure that this doesn't happen again.

Keep in mind that Vizio has released TVs with Google Cast and the ability to use Android tablets as remotes. The FTC does not state if these were, in any way, affected (such as seeing what you're casting or doing on your Android device). I am not making any claims here, just pointing that out.

In short, Vizio done screwed up. It has to pay $1.5 million to the FTC and "an additional civil penalty to New Jersey" which brings the total to $2.2 million. Let's face it: that's a paltry sum for such a large electronics manufacturer. The source links below have some further information, including the formal complaint and court ruling (both of which contain many pages of legalese, so proceed at your own risk). Go have fun on this lovely Monday evening.