In an era where #fakenews awareness is at an all-time high, we should all be doing our part to combat the problem of false information spreading online. Even if it's about something as benign as phone specifications. But sometimes the speed and breadth with which some rather obviously fake information is picked up can be a little scary. Take this "leak" of the 'HTC 11' (a phone by which name does not and will not exist). 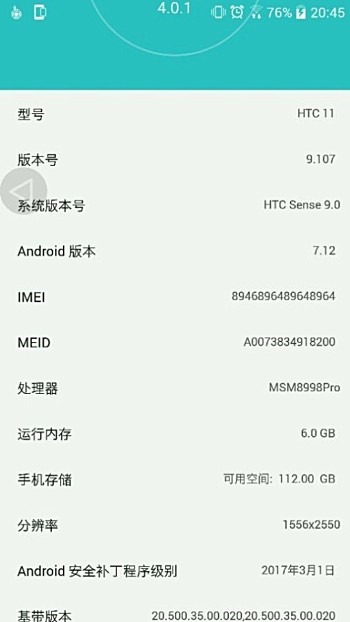 Users actually did a good job debunking this one. In fact, I don't even need to explain what's so fake about it - just look at this next picture. 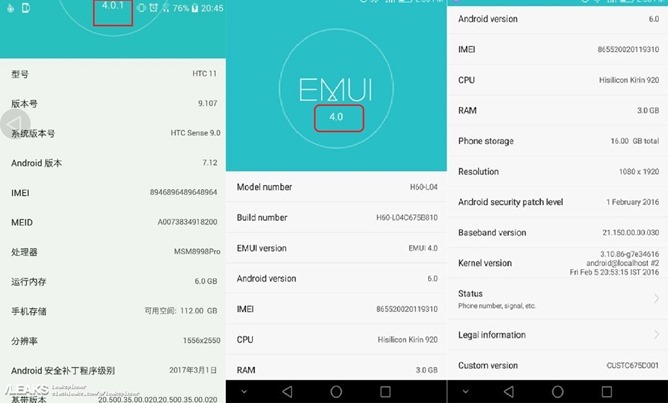 The leaked "HTC Sense 9.0" photo, on the left, compared to Huawei's EMUI, center and right. This isn't subtle.

A little due diligence on screenshot leaks is always a good idea, and this one fooled a shocking number of publications. I don't want to name and shame - really, I don't, just look on Google News for 'htc 11 leak' - but some high-profile tech sites picked this up and really didn't even question it. There are other red flags aside from the obvious fact that this is an EMUI screenshot: Android "7.12" (it's 7.1.2) and an as-yet unreleased security patch level (March 1st, 2017). But mainly, Sense looks nothing like this, and this whole thing is just a really obvious Photoshop job when it comes down to it.

So, don't believe it - this is just some HTC fan's wish-list slapped on an EMUI screenshot, nothing more.