The simulation hypothesis is a scientific proposal that the world in which we live is, in fact, a massive and incredibly complex computer simulation. Many people in the United States are being won over by this theory, because lately it feels like we're all tiny characters in an increasingly cruel game of The Sims, right about the time that the omnipotent player-god gets bored and starts to screw with us. In completely and totally unrelated news, here are some fresh Live Case designs from Google. Enjoy. 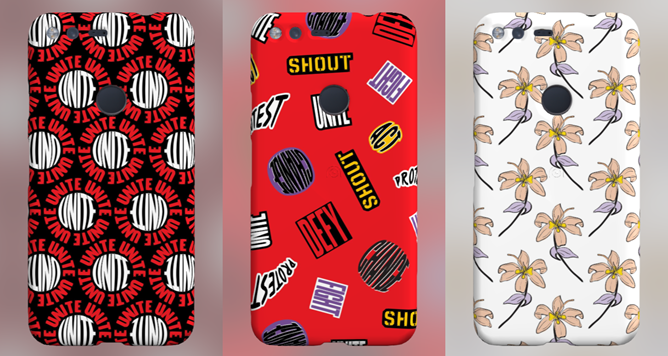 The new batch of Artworks case designs comes from Opening Ceremony, a New York-based fashion firm that takes inspiration from international travel and pop art. As reported by Design Milk, each of the eight cases uses patterns and elements from corresponding costumes being worn by the New York Ballet in The Times Are Racing, which are also available as standard streetwear. The ballet's dance and musical themes revolve around the concept of America as a melting pot. The first two cases harken back to AIDS awareness campaigns on the 80s and 90s (and have no possible contemporary political overtones, nope, no sir) with the following six being a mixture of mid-century prints and textures. The "At the Ballet" collection joins designs from Opening Ceremony that were added back in December. 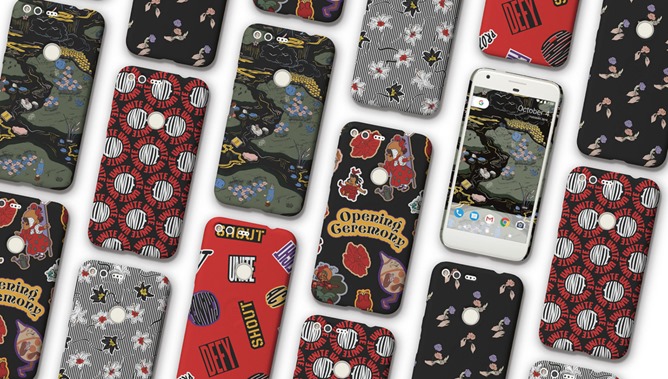 The new Artworks cases are available for the Pixel phone, Pixel XL, Nexus 6P, and Nexus 5X. As with all Live Cases, they'll run you 40 bucks and include a matching home screen wallpaper and a customizable NFC button on the back.

Nexon's Evil Factory looks like the best kind of retro arcade game, minus the in-app purchases

Nintendo's first full Android game, Fire Emblem Heroes, is now rolling out to some countries in ...