Animations are an important part of an app's design and user experience, so much so that Google made them an integral part of material design. The folks at Airbnb just made making an animation a whole lot easier, with a new tool called 'Lottie.'

Lottie is an open-source library for iOS, Android, and React Native that renders animations in real time. This means that animations such as the 'hamburger-to-back-arrow' animation is now easy and simple to create. The library uses an open-source After Effects plugin, Bodymovin, as its base, which enables Lottie to use data exported from After Effects as JSON files to animate in real time on the device.

The tool means that developers and designers do not need to spend immense amounts of time painstakingly creating animations from scratch for Android and iOS. Instead, it can be done once and used on all platforms. A designer friend I have on Facebook said Airbnb was 'on fire', while our Fearless Leader Artem described it as 'sick.'

If you're interested, I encourage you to check you the blog post on Airbnb's design-orientated website, which is linked in the source below. Also linked is the GitHub library for the open-source Android app, which is accordingly available on Google Play. 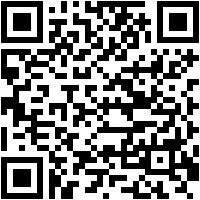 Nintendo's first full Android game, Fire Emblem Heroes, is now rolling out to some countries in ...