Probably the most notable change is the new default theme. 'Estuary' (shown above) is the new default skin on most platforms, replacing the years-old 'Confluence' skin. On touch screen devices, there's a slightly-modified version of Estuary called 'Estouchy,' shown below. 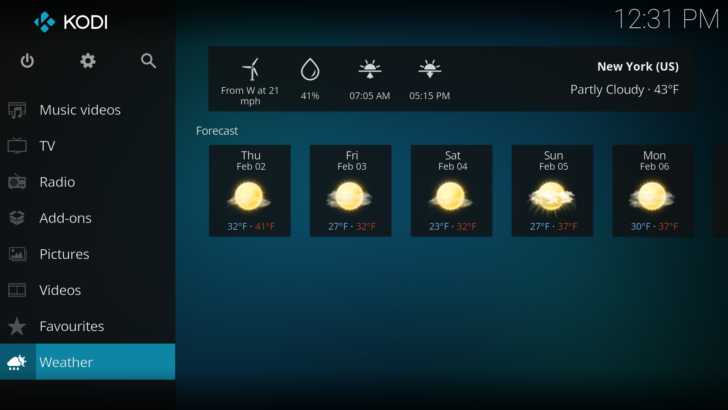 Besides the new look, there is a massive number of under-the-hood changes, especially with Kodi's Live TV/PVR and media playback. Kodi's video player core has added support for new codecs, subtitle formats, and add-ons.

Kodi 17 also has some noteworthy Android-only changes. The minimum Android version has been moved from Android 4.2 to 5.0, and if you have a powerful device, 4K decoding and output now works much better. DTS-HD, DTS-X, Dolby TrueHD, and Dolby ATMOS audio pass-through is also now supported.

You can grab Kodi for Android from the Play Store link below, or from APKMirror. It is also available for Windows, Linux, macOS, and other platforms from the project website.

An official blog post for the Kodi 17 release has gone up, further explaining all the new features. You can take a look at it here.

Plex gets Alexa support for the ultimate home theater experience