Android 7.1.2 started rolling out a few days ago with bug fixes and cryptic "enhancements" for Pixels and Nexuses. One of the more visible changes you'll notice if you own a Nexus 5X is a new option under Settings -> Moves. There's a new Swipe for notifications toggle that enables you to swipe down on the fingerprint sensor on the back of the 5X to drop down the notifications. It's a nice gesture that lets you check notifications without removing your index from the back of the phone or trying to reach the top of the display with your thumb.

You might remember that there was a bit of controversy over the feature back in November. Users were asking for it to be implemented on the Nexus 5X and 6P, after discovering that the 6P had the same fingerprint sensor as the new Pixels (which had the gesture). But Googler Ian Lake said that, "same hardware doesn't mean same capabilities, alas," crushing the hopes of everyone until Google said it was "evaluating" a firmware update to add the option. 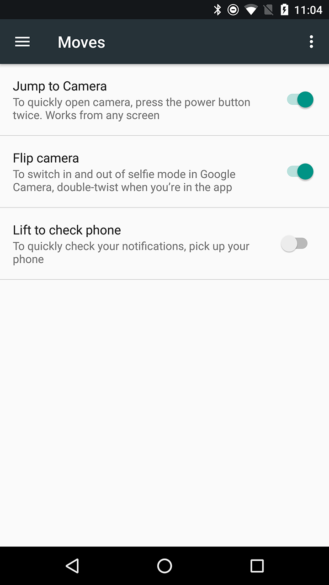 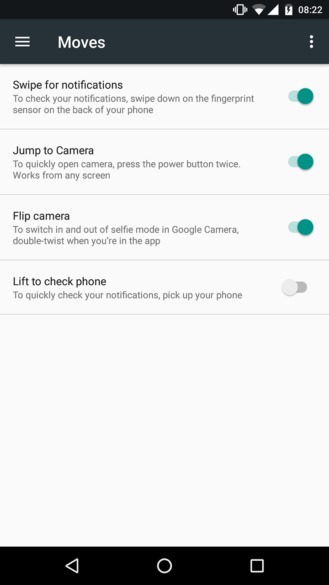 That glimmer of hope is shining a little brighter with the Android 7.1.2 update. On the Nexus 5X, the option is already available and works as intended and better than any third-party app implementation. On the Nexus 6P... we don't know yet because the 7.1.2 images and OTA haven't been released for the Nexus 6P yet. Chances are high though.

Viber adds an auto-destruct timer for photos and videos