Who doesn't like shooting stuff with tanks? No one, that's who. Now you can shoot blocks, other blocks, slightly different blocks, and other tanks in TANKOUT. It's a new online multiplayer game from the maker of popular strategy game Galcon.

TANKOUT is a top-down shooter taking place in a retro block-based world. You and the other tanks do battle, while also collecting coins to buy more blocks, weapons, and other objects. You can even set up traps for the other tanks using turrets and fireballs. Well, assuming someone doesn't spot you and blow you up before your contraption is done. Most of the blocks can be destroyed by your cannon, so you sort of tunnel around the map looking for the enemy. 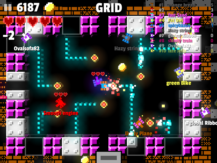 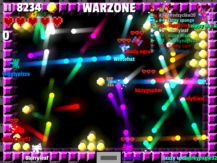 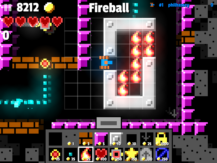 Because TANKOUT is played all online, the quality of the experience depends on how many people are playing. It just came out, so I only saw a few games going on. However, it's quite fun when there are a few people in the same arena. TANKOUT is completely free to play, and there do not (currently) appear to be any ads. There's a pro pack upgrade that includes a few game perks, as well as packs of coins you can buy. The IAPs top out at just $5, though.