I'm sure we all know PayPal by now - internet payments, used for eBay purchases, fees added, etc. PayPal Here, however, might be a little less well-known; it is a card reader for businesses to get paid on an Android device instead of a card reader. In a move to ensure security, the app has been updated with fingerprint support, following its addition in the parent app back in August last year.

The app does not allow screenshots to be taken with it open, so I've had to resort to taking pictures of the phone with the app on screen. Everything works pretty much as you'd expect - upon opening, instead of asking for a password, it requests fingerprint authentication. However, after going through the set-up process for Here, I could not find a way to turn fingerprint support off in the settings, meaning the app likely needs data to be cleared and set-up to repeated to turn it off.

With this new version, we're very excited to introduce the following:
- Save time! Now you can use your fingerprint to log into the app.
- Overall performance improvements

PayPal Here is available on Google Play, or at APK Mirror if you're an independent kind of person. 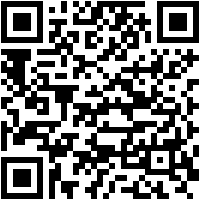 Mercifully, Starbucks app now lets you save your favorite drinks