Navigation is slow and clunky, often requiring many taps and a lot of scrolling just to get to the same drink you've ordered the last eight times. Mercifully, the "Order" UI now has a new tab: favorites. Simply customize a drink or food item to your liking as you normally would in the app, then before adding it to your order, hit the little heart FAB now floating above the add to order button. That drink, as customized, will now be saved to the favorites tab in the order area. 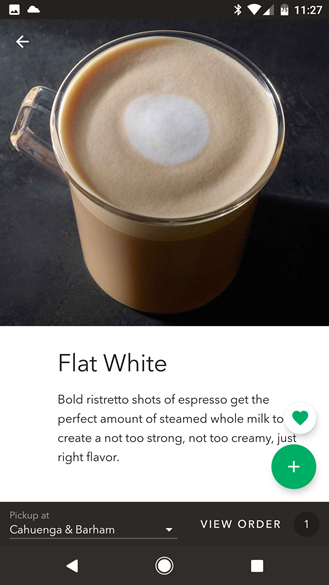 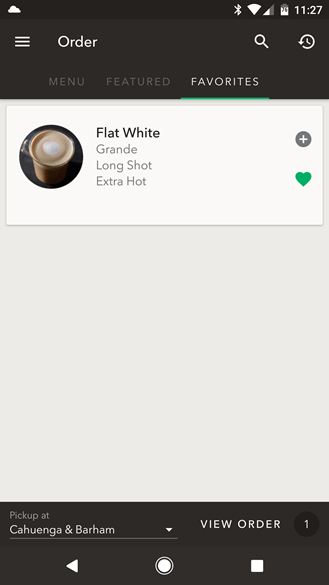 This is especially useful if you're often ordering for family or a spouse whose "regular" is, well, complicated. The new 4.3.3 release also adds recommendations as you place items in your order to attempt to upsell you, which is probably not as helpful, but not exactly problematic, either.

The new version is on the Play Store now, or you can get it at APK Mirror right here.