If you have read any tech sites, including Android Police, you probably know how common product leaks are. There was almost nothing new about the Google Pixel when it was finally announced, due to months of continuous leaks. Intentional leaks are often used by companies to generate hype, as is likely the case for the LG G6. Rumors even trickle out of Apple occasionally - how many months in advance did we learn about the iPhone 7's lack of a headphone jack?

But it is incredibly easy to create fakes of product leaks. How many times have you seen an image online, supposedly of the next iPhone, with an edge-to-edge display? Especially with the rise of popular 'leaks' accounts like @evleaks, everyone wants to get in on the action.

Twitter user @VenyaGeskin1 has been widely-covered in the past few days, thanks to his alleged leak of a Galaxy S8 press render and 'exclusive' LG G6 leak. Let's start with the G6 leak, embedded below for reference: 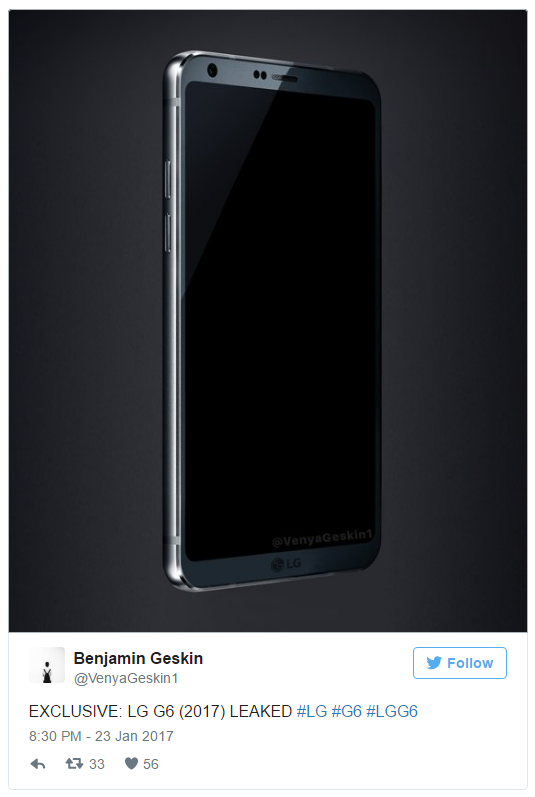 This "exclusive" LG G6 leak is not a leak at all. It should be obvious that it is based on the G6 image The Verge obtained earlier this week, flipped vertically with an LG logo pasted at the bottom. Even the user himself says this, seemingly contradicting himself.

The user's most recent 'leak' is of the upcoming Galaxy S8, with him claiming the image to be an official press render. The image itself, embedded below, is fairly convincing at first glance: 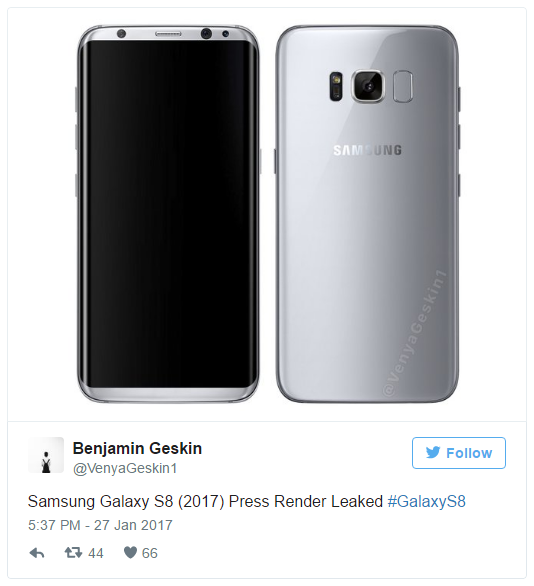 However, this is almost certainly rendered by @VenyaGeskin1 himself. He has uploaded a number of similar images, only going as far as calling them concepts or non-official renders. Some of them are even Galaxy S8 renders, with different designs than the one above. Here are just a few: 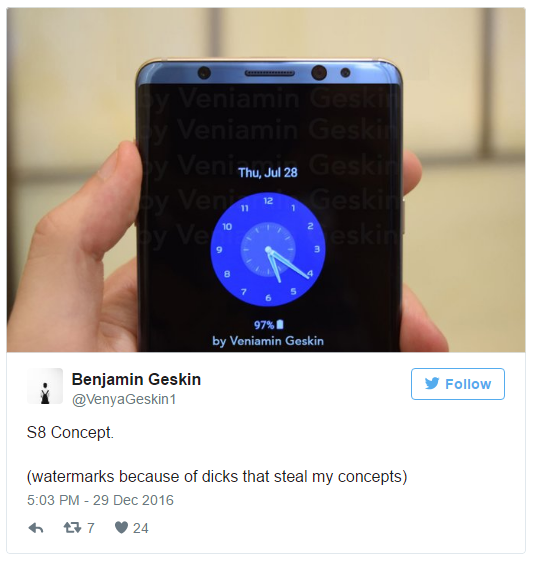 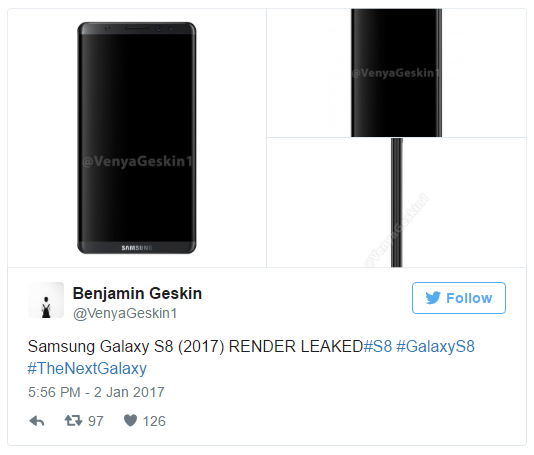 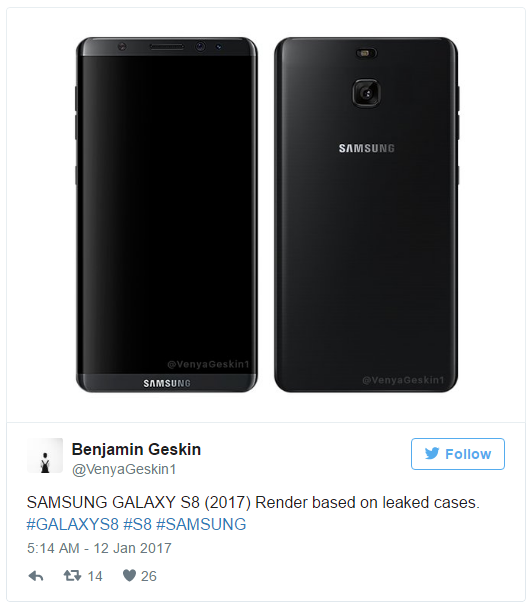 It makes far more sense that he created the S8 render himself, based on the previous renders he had already completed, than obtaining a legitimate press image out of the blue. And as the old saying goes, "you can tell from the pixels," his S8 image doesn't hold up under closer inspection:

No it's not. The fingerprint scanner is literally filled in with the brush in Photoshop. Nice try mate pic.twitter.com/QbKaYR1bgl

So in summary - product leaks should always be viewed with skepticism, especially when they are from a source without any track record. Moving onto another subject, the iPhone 8 looks fantastic!

Twitter user @VenyaGeskin1 has deleted all the above tweets, including the G6 image and "leaked" press render. The embeds have been replaced with screenshots.