The rapid success of Pokemon GO was one for the history books. Immediately following release, it not only became the dominant game on both iOS and Android, it was a sensation that seemingly everyone played. But, like almost every smartphone game, it lost most of its steam after a month or two.

Pokémon GO's audience has diminished, but still retains a following with dedicated fans. It was previously announced in December that some Pokémon from the Johto region (the region that Pokémon Gold and Silver take place in) would become available through eggs. Players will soon be able to find some Johto Pokémon in the wild without the hassle of hatching eggs. 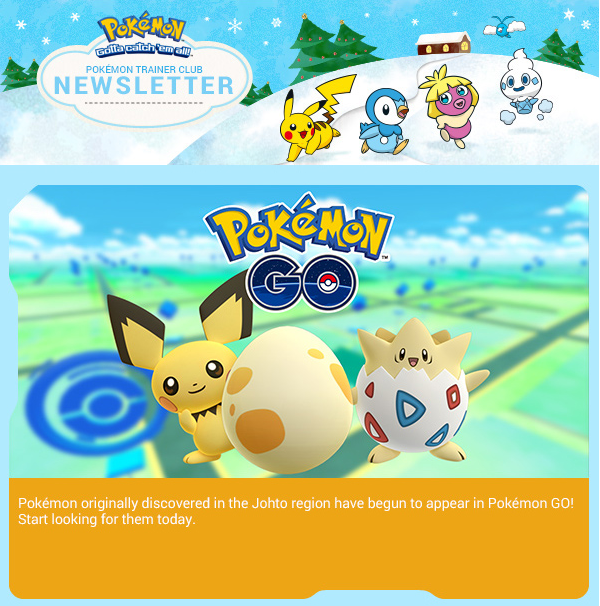 The announcement comes from the official Pokémon Trainer Club Newsletter, for some reason (I'm glad I kept forgetting to unsubscribe). The newsletter says the new Pokémon will start appearing today, but given that there has been no other announcement, the message may have been sent out early.

While it did not state which creatures would be available in the wild, both Pichu and Togepi are visible in the image. Cleffa, Igglybuff, Pichu, Togepi, Elekid, Magby, and Smoochum can already hatch from eggs in Pokémon GO, so I would bet these can now be found in the wild as well.

Let us know in the comments if you can manage to catch one. Or feel free to vent your frustration about how Niantic blocked your phone from playing.

Weekend poll: How much have you earned in Play Store credit from Opinion Rewards?