Everyone loves a bit of pixel art now and again (I do, anyway), so when I saw this game from Japanese indie developer Magniflop, I was excited. It's a fun horror game with a cool story, which has multiple endings and interesting world generation featuring a telephone. Who'd have thought?

The story goes that the main character, Jill, is trapped in this weird, dark world and cannot escape. Another character, Graham, gave her a phone on which she can call people and generate worlds with strings of numbers. Each specific string generates a certain world - think seeds in Minecraft - and that can be transferred to someone else with the game so they can generate the same world. The aim is to escape via a locked door, using keys collected in each world to unlock said door.

While I haven't played much, it's a good, side-scrolling, 2D adventure game with a lot to do. It's available on Google Play for $3.99, with no in-app purchases. If you're a fan of horror games and 2D pixel art, you should try it out. 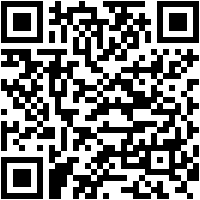