It's great when we see games that have been on consoles arrive on Android, especially ones as fun as Xenoraid. The side-scrolling shoot-em-up has been available on Steam, PlayStation 4, XBox One, and Playstation Vita for a while now, but has just made its way onto Google Play. 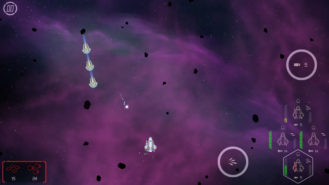 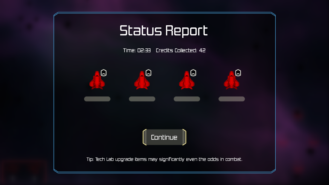 Trying and failing to do well at this game.

Well, when I say side-scrolling, it's more... up and down scrolling. The game is a little like Space Invaders, in that you destroy alien raiders to keep earth safe. The game is set in 2031, and you have been charged with defending the planet from the invading aliens by the United States. Having played through the first couple of missions, I can say this game is definitely tough. Unlike Space Invaders, the computer-controlled aliens move as you shoot them, requiring more than just button mashing to kill them. However, it never feels frustrating or tiresome to play. It's addictive, too, making you want to play until you beat a particular level.

Xenoraid is free to download on Google Play, but does have a single in-app purchase, costing $4.99 until 8 February and $9.99 from then on, to unlock the full game. Alternatively, ads can be watched to get to the next mission. Either way, the game is fun and engaging, and most likely a good time killer when you've got a spare five minutes. 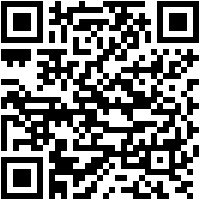