Android has supported external drives connected via USB for years, but the file system support hasn't been great. Paragon Software has been developing disk and file management software for years, and back in 2012 even released a root-only app for mounting exFAT and NTFS drives on Android. Now the company has released "exFAT/NTFS for Total Commander," finally allowing access to more file systems without root.

Setting up everything is fairly easy - all you need is Total Commander and Paragon's plugin (both linked below). Upon connecting a flash drive, in my case with a Type-C adapter to my Google Pixel, you are prompted to open the drive with Paragon's app. From there you can mount the drive, which shows up as a folder under 'Paragon USB Plugin' on the Total Commander main menu. You can also tap the Open button to jump straight to the drive in Total Commander. 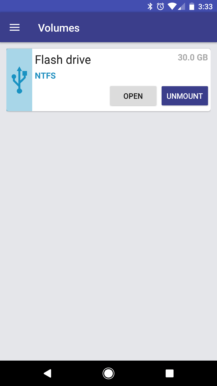 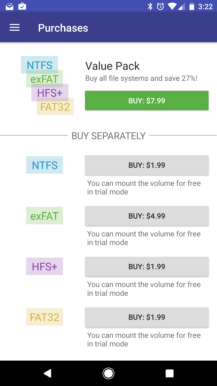 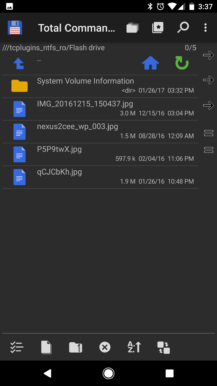 If you're not familiar with the various file systems out there, this plugin covers almost every external drive that you are likely to encounter. NTFS has been the main file system for Windows for years, exFAT is commonly used on high-capacity flash drives and SD cards (due to storage limitations of FAT16/32), and HFS+ is the primary file system for Macs (excluding the very new APFS). Both read and write abilities are supported.

Each file system is available as a timed trial so you can test before buying. NTFS, HFS+, and FAT32 are available for $1.99 (considering Android supports FAT32 out of the box, I'm not sure why they are charging for it). exFAT, likely due to licensing restrictions from Microsoft, is $4.99. You can also buy all of the in-app purchases as a pack for $7.99.