Bandai Namco seems to pump out anime games at a rate of knots unseen by man, so it's no surprise to see a new one in the Sword Art Online series, this time called 'Memory Defrag,' originally announced in June. This is the third game available for Android, after End World and Code Register were released in 2013 and 2014.

Besides the slightly bizarre name, this looks like a good anime RPG game, by all accounts. Players join main characters Kirito, Asuna, Leafa, and more fan-favorite characters in a new adventure. A new feature for Memory Defrag is the gameplay; instead of the normal tap-and-play system, Memory Defrag side-scrolls, with 3D-ish (2.5D?) graphics and all the 'level up' and 'Challenge!' pop-aups that we've come to expect from one of these games. One thing I did observe is how long the loading times are - five minutes or more in some cases - although the game does give you things to do, such as conversations between characters or background story, while waiting.

Sadly, the game doesn't seem to be available internationally, as I (in the UK) cannot install it from Google Play, and other Android Police team members in Europe are also having trouble. It is, however, available in the US. If you can't get it on the Play Store, we have it over at APK Mirror. Either way, if you're an anime fan, go get it. Be warned, though: the in-app purchases range from $0.99 to $44.99. 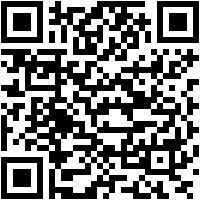