Google Translate's live camera translation feature is still one of the most impressive features I've seen in a mobile app, and one of the most convincing reasons that Google Glass should be resurrected. Google Translate's 5.7 update, in addition to fixing a sharing bug with Facebook Messenger, adds support for instant English to/from Japanese translation via the camera. 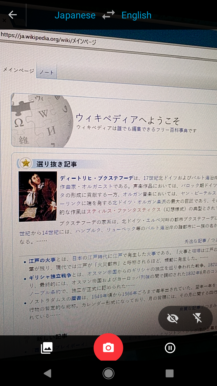 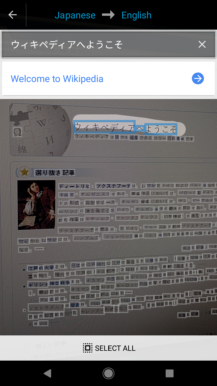 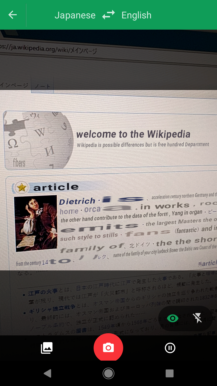 If you have never used it, simply download the offline translation pack for a given language (in this case, 42MB for Japanese), tap the camera icon in Translate, and make sure the eye icon at the bottom right is green. Now translations for words and phrases are overlaid on top of the existing image instantly, albeit with a less-accurate translation.

The Google Translate update is still rolling out, but you can download it from APKMirror if you're impatient.

Google has published a blog post announcing the feature, adding that it's also now available on the iOS app.