Google Home is great, in certain situations; it's a cool party piece so you can say "Hey Google, play [insert artist name here]" and it'll play, impressing all your friends and causing them to want Google Home too. However, in other areas, such as setting reminders or home automation, it's a bit lacklustre (if you haven't already, read Corbin's great piece on Home's inadequacies). Well, the latter is getting fixed today with the addition of two new partners.

Those new partners are Honeywell and Belkin's WeMo products. This presumably means that products such as Honeywell's Wi-Fi line of smart thermostats integrate with the Home, or any of the WeMo series of switches, lights, or sensors. Google uses the example of asking Home to turn up the temperature downstairs, or checking to see if the lights are turned off. The blog post also points out that If This, Then That (IFTTT) can be used to connect services together; when you get home, for example, you could say 'Hey Google, I'm home' and the lights and heating turn on.

It's this sort of thing that's really cool about home automation. Next up is adding in pouring a coffee (or if you're a Brit, tea) in the morning and putting some toast on. Then we'll be living the dream. To add either Honeywell or Belkin WeMo integration, open up the Google Home app, go to settings, select 'Home Control,' and click the + symbol. From there follow the on-screen instructions. 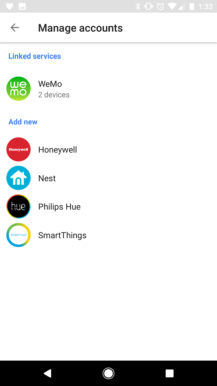 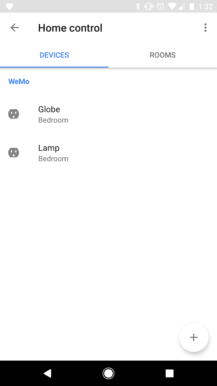 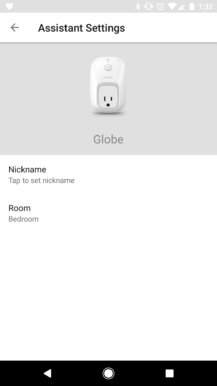 Above: the process of adding Belkin WeMo lights to Google Home.

As a bonus, Google also mentions that home control is coming to the Pixel soon. While maybe not as useful as something that stays permanently in your house, it'll still be pretty cool to control lights or thermostats (among other things) with your phone.

Pokémon Duel comes to Android, and it still isn't the Pokémon game you want