After Periscope's full functionality was added to the Twitter mobile apps, Twitter promised users that the Periscope app would continue to be a hub for discovering livestreams, as well as serve users that don't want to use Twitter. Keeping that promise, Twitter has updated the Periscope app several times since then, now adding multi-window support to the Android app. 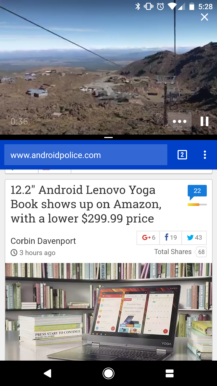 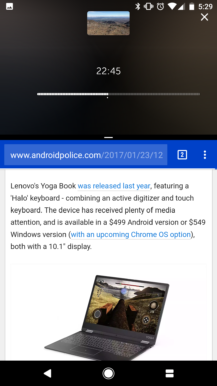 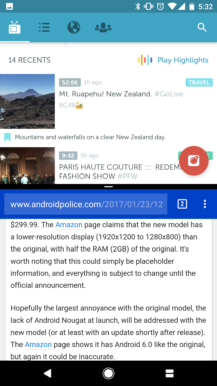 Arguably the best use for multi-window on Android is watching video while checking other apps, and it works great for Periscope. The chat that often crowds the lower half of the stream is hidden in multi-window mode, leaving only the basic app controls visible. When you're not watching a stream, the app looks and works exactly as it normally does.

The app update should be live for everyone on the Play Store, but you can grab it from APKMirror as well.

The Verge reveals [some of] the LG G6 in leaked photo, with rounded screen corners

Alexa adds "Computer" as a wake word, much to the joy of Star Trek fans everywhere