The Google Photos 'free up space' option is a great addition to the photos app, especially for phones with low amounts of storage space. Microsoft obviously thought this too, as the OneDrive team announced on Google+ that its app would be getting a similar option.

The post is a 'call for help' testing the new feature, which is in beta on Google Play at the moment. As might be expected, it works in pretty much the same way as Google's version; every time 1GB or more worth of photos is uploaded to OneDrive, the app will offer to delete the photos that have been uploaded, thereby freeing up space. Unless I'm mistaken, I couldn't find any option to free up space 'on-demand,' as is possible in Google Photos. There is also no indication that the files have been deleted locally. But the app is still in beta, so maybe these will be added before the update is released to everyone. 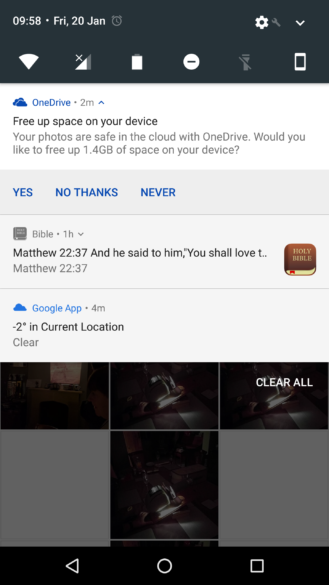 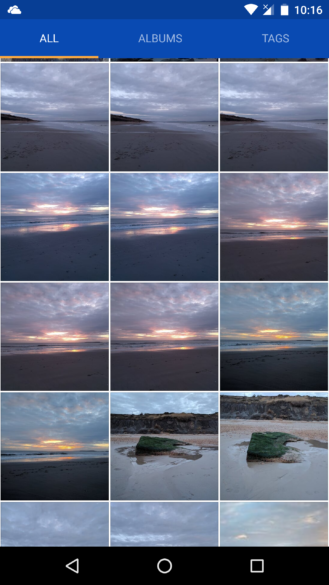 Above left and main image: the notification that appears when uploading photos. Right: photos in OneDrive's cloud storage.

The OneDrive app is available on Google Play, but as this is in beta, you will need to opt-in to test it out. After you've registered, join the Google+ community, and then wait for that beta update to version 4.9; it shouldn't take too long once you're signed up to the programme.

Avocado, the messaging app for couples, is closing its doors