The major thing that's new in PowerPoint is the ability to share only one slide. It can get really annoying when to send one slide in a presentation of many slides, you have to send the entire thing and say 'look at slide 22,' or whatever. So now you can share one, individual slide as a picture. Great, huh? This uses the Android share intent menu, so you can send to... well, any app that uses that (although weirdly, it's the old, list version of the share intent, and not the newer, grid-based one).

The other new thing is whiteboard capture, using Office Lens. This is for taking a picture of a physical whiteboard, like you'd find in a classroom, and using the whiteboard button in the top right to automatically crop it. You can then add said picture into a presentation. 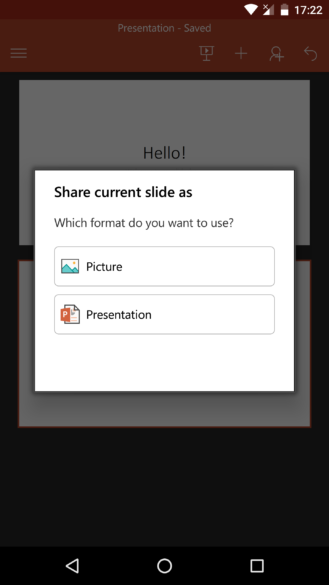 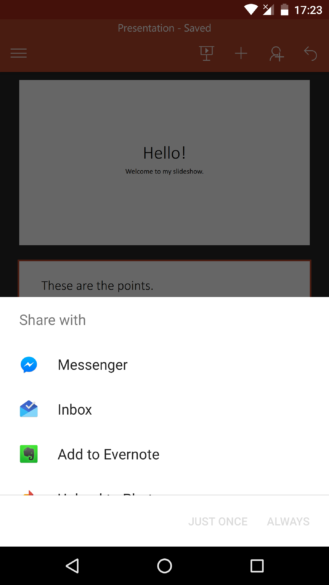 Above: sharing one slide as a picture file. (See below for Office Lens whiteboard capture.)

The one addition in Excel is a seemingly small one, but significant: opening Excel files with form controls. If you're not aware, form controls are things like checkboxes, drop down lists, or buttons - basically things you'd normally find in a form. The process for adding these in Excel is pretty convoluted, but now at least you can open the files on Android. However, when I tried to open one such file, I got a warning saying that “This version of Excel doesn’t support running or interacting with form controls." So I guess while the file itself can technically be opened, the form controls can not actually be run, which is a bit of a bummer. This may be due to a lack of macro support, although I don't profess to be certain on this. 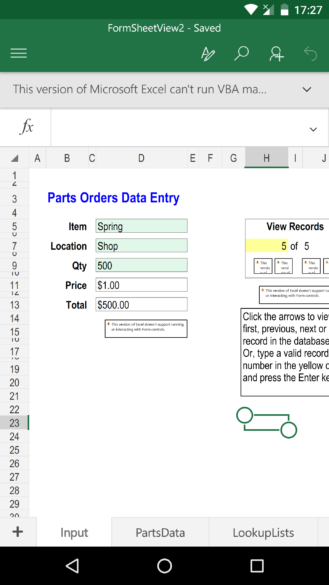 Above: a file with form controls. Note the warnings where the various controls should be.

The only new thing in Word this time around is the aforementioned whiteboard cropping and insertion through Office Lens. 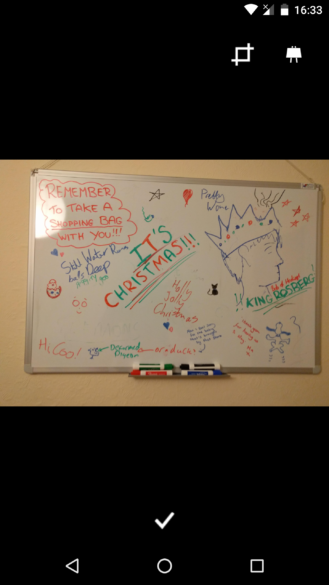 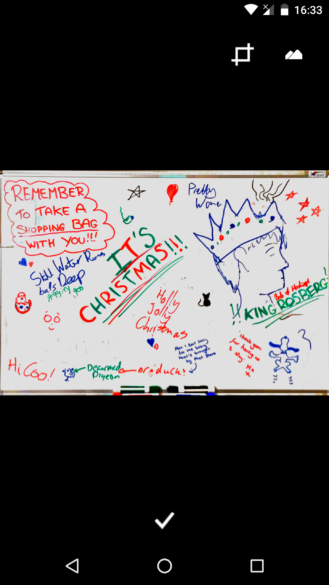 Above: the Office Lens whiteboard feature.

The updates for all three apps are available now on the Play Store, or at APK Mirror if that's more your thing.

Google Photos 2.7 tidies up the navigation drawer, adds a loving Easter egg, and sets up for ...