Android One is an ambitious smartphone initiative launched by Google in 2014. To date, it's been limited to a handful of countries - mostly in Asia - and it remains at best unclear if it's actually been successful. The idea was nice enough: Inexpensive Android phones built by typical handset-makers, but with Google lending a helping hand on the messy business of software updates. Of course, the carrot also came with a stick. In exchange for this software support, those handset companies agreed to use what Google decided constituted a good, proper Android - no bloat, stock look and feel, and regular security patches.

But Android One faltered when it launched in India, and Google has been quiet about any kind of success or failure markers for the project since. In fact, the last Android One device launches of note were quite some time ago: the Turkish General Mobile GM 5, which was Android One's most powerful hardware showcase to date when it landed a year ago at MWC, and the Sharp 507SH, which was announced in Japan around six months back.

Google's motivations are certainly noble as consumer product initiatives go, but there hasn't exactly been a roaring market response to validate investment in the approach. 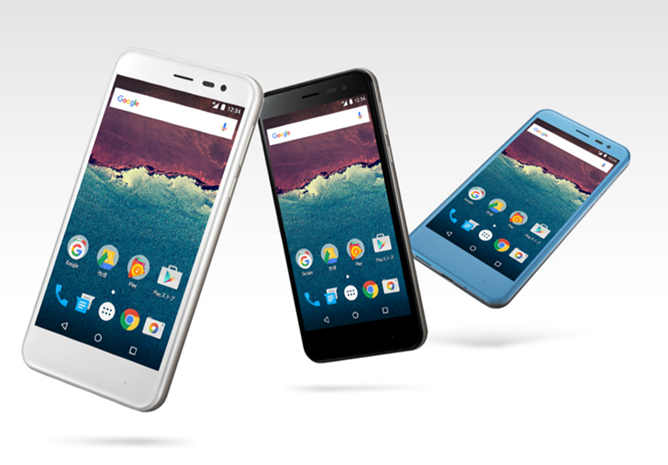 The Sharp 507SH is the first and, to date, only Android One device in Japan

Now it is rumored Android One will come to the United States later this year, with a $200-300 smartphone that would likely be positioned in the premium budget segment. Unknown so far is the manufacturer of the phone, where it will be available for sale, and exactly when it's launching. Even assuming the best specifications for the price, wide retail availability, and a serious marketing effort, though, it's very hard to understand how such a phone could see meaningful success in the increasingly polarized smartphone market here.

You see, for all of the unlocked phones sold around the world at a wide variety of price points, the United States has remained something of an anomaly. The most popular phones here are the most expensive ones: iPhones and Samsung's Galaxy S series dominate, but even carrier-exclusives like Verizon's high-end DROID line have historically sold fairly well in America. It looks like Google's Pixels are moving a substantial number of units, too, if stock issues are any indicator. If not one of these uber-phones, generally speaking, people tend to buy whatever phone is available for no or very, very little money at their respective carrier, be it an older high-end handset or a newer budget model.

The reason for this in the past was that American carriers offered the most generous handset subsidies to subscribers in exchange for locking them into multi-year service agreements. That meant the newest iPhone only cost $200 for the vast majority of people in the US, and the same was true of almost any other high-end phone (though devices sometimes were $300 or more). But when T-Mobile began to "abolish" contracts a few years back, other carriers followed suit, dropping their contract options in favor of monthly installment plans.

The end of phone subsidies and contract lock-in was widely cheered as a consumer win. A common narrative began to emerge around this time, based on a belief that the death of contracts would usher in a new age: The unlocked smartphone's rise was at hand in America. We were finally going to see these mid-tier handsets go mainstream and become a growth engine in the larger smartphone market.

And it certainly wasn't for lack of trying. Google's Nexus phones, Motorola's Moto X, OnePlus, Alcatel, Sony, and others tried to get American consumers to care about good, relatively affordable phones in the $250-500 range. There was some pickup among enthusiasts, but that's a tiny sliver of the larger smartphone market - essentially negligible. We know that even Google was disappointed with how its last Nexus phones sold, despite the fact that Nexus 6P is considered one of the most popular Nexus phones ever.

But bigger players like Samsung and LG, closely partnered with US carriers for over a decade now, never seemed to take a shine to this price bracket in America. This despite the fact that Samsung offers quite a wide range of premium mid-range handsets internationally. The effort to make mid-range and "budget flagships" happen has continued with phones like the Honor 8 from Huawei and ZTE's Axon 7. But these phones simply don't move appreciable units in the larger scheme of things. You can rest assured if demand for the Axon 7 or the OnePlus 3T was truly that high in America, carriers would be expressing an interest in stocking them, and ZTE and OnePlus would swoon at the chance to have their flagship hardware in a US operator's retail stores. I don't see that happening any time soon. 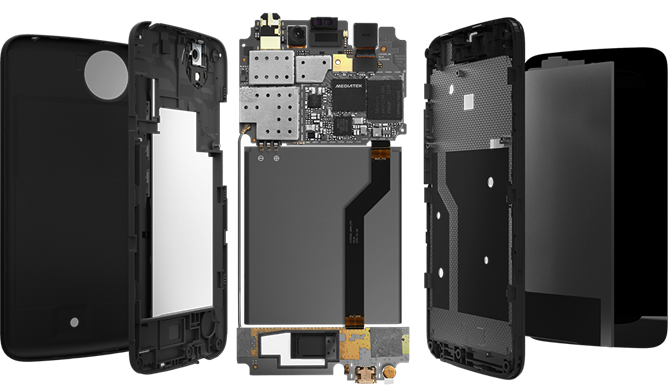 The reference design for Google's original One devices in India, a market that seemed perfect for the initiative. The devices basically flopped.

Instead, what we've seen is that high-end phones continue to dominate with overwhelming popularity because of a uniquely American economic phenomenon: The widespread and massive availability of credit. After all, the real reason American carriers went to installment plans for devices was really to stop losing money on handset sales by subsidizing them, not to make things "better" for consumers. But this shift was only possible because the carriers were able to take advantage of widely available "cheap money" to make sure subscribers could still afford their $600+ smartphones.

Fortunate for the carriers, this strategy has worked exceptionally well. Phones are no longer advertised at their MSRPs, but at a monthly price, and those monthly prices vary so little between a phone that would cost $400 and a phone that costs $750, in the absolute sense, that consumers in the US have minimal incentive to buy anything but the "best."

If a 64GB iPhone ($750 MSRP + tax) is $27 per month over 30 months and your carrier offers it to you at zero interest, why on earth would you settle for a $400-500 smartphone you'd have to buy for full price up front? Or really, even a $200-300 phone? Americans are deeply accustomed to using credit to make purchases, and to spread costs over longer periods under preferential financing terms. And when we're talking about an amount per month less than most of us spend on coffee, the math essentially becomes trivial no matter how much you shift the MSRP up or down. $5 in either direction per month - the equivalent of $150 over such a 30-month plan - is basically negligible at that point. The numbers support this, too: Americans overwhelmingly buy high-end smartphones:

iPhone 7, iPhone 7 Plus, and iPhone 6s were the three most popular smartphones in the US at the beginning of the holiday period, for a combined 31.3% share. The Samsung Galaxy S7 and S7 edge were the fourth and fifth best-selling phones in the US, with Samsung capturing 28.9% of smartphone sales.

While there certainly exists a market for good, unlocked phones in the United States, that market has showed very little momentum even as contracts have evaporated. Nothing has changed in the past year or two that suggests we're going to see a sudden growth spike in unlocked phone sales. Hell, if anything, carriers are getting even more aggressive making high-end phones affordable - look at T-Mobile's Pixel promotion and the countless trade-in offers that slash hundreds off the prices of these flagship devices.

This makes me wonder just what market Google believes an Android One phone in the $200-300 unlocked bracket can disrupt in America. Motorola's G series has handily dominated that small segment here for years now, and even so, I have a feeling Motorola only continues to offer the G in the US because it has enough popularity abroad that it doesn't make sense not to, not because it's making a mint on American buyers.

Android One offers faster OS updates and a more "stock" Android experience, but on the latter point, Motorola does about the best of anyone, and on the former, well, they're still far from the worst (especially at this part of the market). The idea that American consumers haven't become enamored with premium "budget" or "mid-range" devices because they aren't well-supported or have too much bloat is patently ridiculous: We buy phones costing $700 or more loaded with bloat and questionable update commitments in droves. Android One simply doesn't seem to have a real path to growth in America, because good, cheap smartphones simply aren't something many Americans demand. They either want the cheapest thing they can get out the door with (see: Alcatel / ZTE / LG being in the US's top five phonemakers by volume, despite their flagships selling comparatively poorly), or the most expensive thing in the store (see: Apple and Samsung neck and neck).

While it can certainly be argued that there's nothing bad for consumers about Android One coming to America - more choice is always better - Google's strategy feels remarkably deaf to market realities. Even with promises to pour ad money behind its One partners, I don't think Google can change what are some very strong consumer incentives in the US to basically ignore the midrange. While smartphone enthusiasts like us see the value (quite literally) in this segment, it does not seem primed for growth in a country where Samsung and Apple's most expensive phones basically sell themselves, and the remaining scraps are in the ultra-cheap prepaid retail market where the only concern for carriers - far and away the prime peddlers of these phones - is to push the handset most likely to get someone on a service agreement.

There just isn't a strong economic incentive for carriers, retailers, or consumers to pay attention to something at the Android One tier in America, and that would almost seem to set the launch up for failure. I guess we'll have to see how this all plays out - if it plays out - later this year.

[Freebie, but hurry] Android Game Programming by Example is free from Packt