Google always seems to be tweaking reviews in the Play Store, changing how they're presented to users and trying to make it easier to see how an app/game fares and how users perceive it. We've been seeing Review Highlights, detailed Feature Ratings for games that divide the rating by controls, gameplay, and graphics, and more. One of the tweaks is Top Features, a list of the best features a given app has, approved by users who give it a thumbs-up or a thumbs-down.

Top Features started showing up back in August of 2016, but it seemed to be limited to certain users before (mostly in the US from our anecdotal evidence). Based on tips we've been getting over the past few hours, it looks like Top Features has been expanded to more users, or at least more regions. It's not showing up for everyone yet — both my Android phones don't show Top Features for any apps, even the super popular ones like Instagram and Twitter. 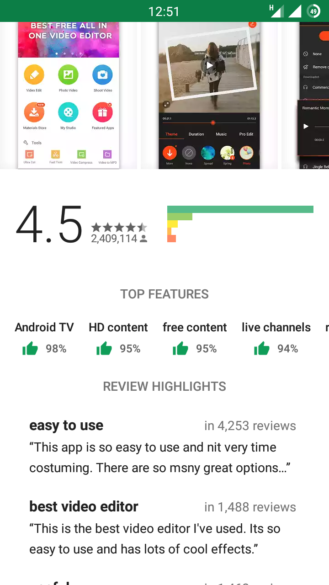 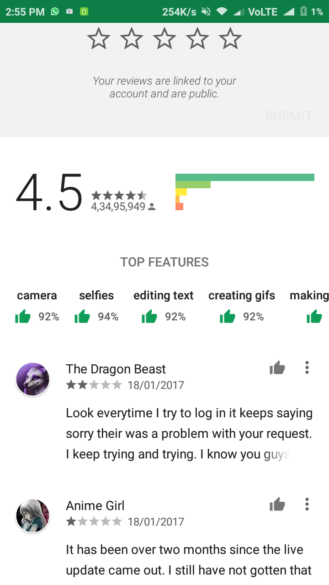