Super Mario Run is still a no-show for Android (Nintendo said just today that it's aiming for a March release), but there's another classic franchise coming to the Play Store in just a couple of weeks. Fire Emblem Heroes, the first mobile entry in a long-running series of tactical strategy games, will arrive on Android on February 2nd. Like Mario Run, Fire Emblem Heroes adapts familiar elements of the franchise in new ways for mobile players. 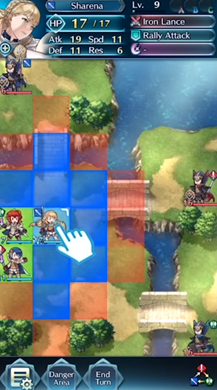 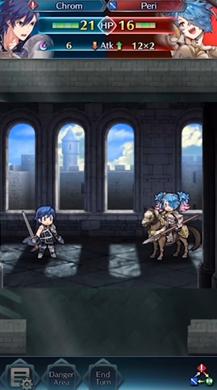 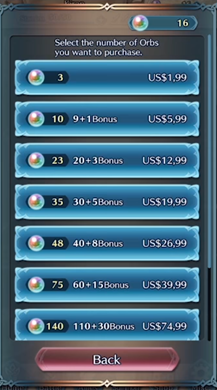 If you're unfamiliar with Fire Emblem, it's a series of strategy games focused on turn-based combat with individual units - think Final Fantasy Tactics, Disgaea, and X-COM. Players control units' movements, attacks, and supporting actions on a grid-based battlefield, sort of like a game of Dungeons & Dragons where one player controls all party members. There have been more than a dozen games released on home and portable consoles going all the way back to the original NES, though Fire Emblem titles weren't released in western markets until the 2003, after international Nintendo fans were introduced to some of the characters in Super Smash Bros. Melee. The setting is sort of like an anime version of Game of Thrones, with most main characters being knights, lancers, axe wielders, magic users, et cetera.

Heroes uses the familiar turn-based tactical setup, with an art style that shifts from full hand-drawn characters for the story-based cutscenes to "chibi" sprites for the battlefield and combat screens. Fans of previous Fire Emblem games are in for a treat: instead of fitting into a specific time period in the canon, players will "summon" established characters from the entire series to fight in their armies. But the world-hopping bad guys have the same power, so well-known characters might show up on the other side of the battlefield, too. Players can cultivate relationships with characters to power them up. 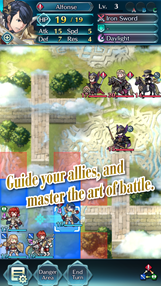 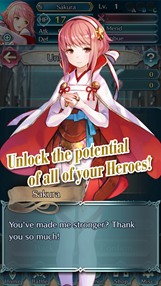 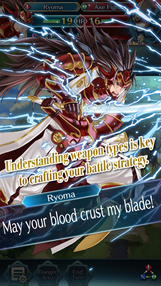 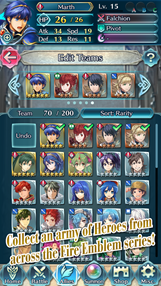 The mobile game makes a few adjustments to the series' formula. Battlefields are just 8x6 tiles fitting into a vertical-only interface, with battles tuned for speed to make them more palatable for short mobile play sessions. The rock-paper-scissors weapon system makes strategic advantages clear by color. Summoned heroes are acquired with semi-randomized "orbs," which can come through gameplay or with in-app purchases. At the moment it doesn't look like there's a multiplayer element.

Fire Emblem Heroes already has a listing on the Play Store, though it's only available for pre-registration right now. Nintendo says it will be free to download, plus in-app purchases that go up to $75 or more.