Back in 2015, Google launched a service called Google Contributor, which allowed users to pay a small amount of money per month to see fewer AdSense ads on their favorite websites. The service never expanded outside the United States, and last month, Google announced it would shut down "mid-January 2017."

Well, it's now mid-January, and Google Contributor has been laid to rest. The site now shows a 404 error, and users have received refunds for their remaining account balance and this email: 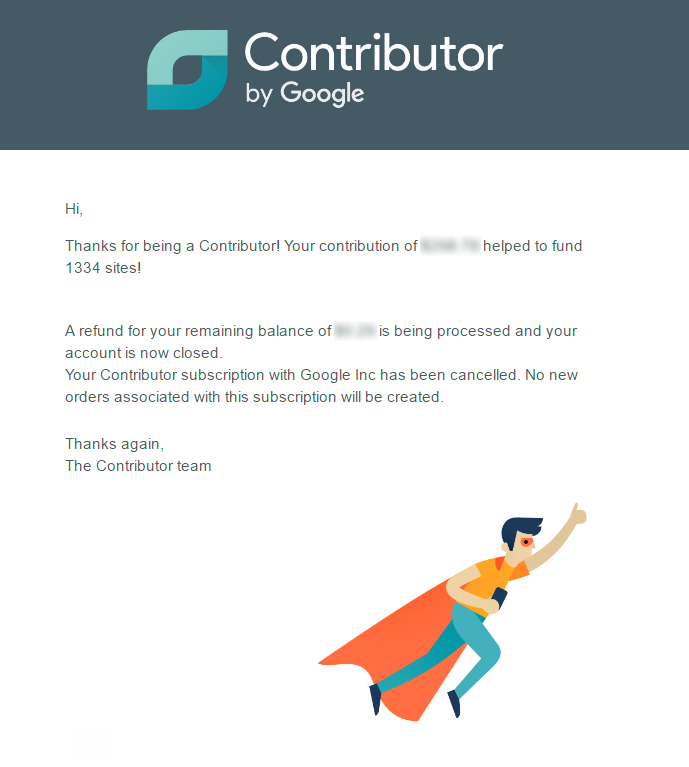 Google originally said that a replacement for Contributor would arrive in early 2017, but there's no sign of it yet.

Google+ getting comment filters, return of Events, and more; Classic UI going away forever on ...

Verizon will block Note7 holdouts from placing calls, may bill them for the phone's full price