Owners of NVIDIA's Android devices are no strangers to exclusive titles with somewhat higher than average prices. The latest release is notable in a few ways, though. The Witness has been available on Steam, PS4, Xbox One, and other platforms, but it's only about a year old. It's also one of the more expensive games available for the SHIELD at $20. That might still be worth it, based on the reviews.

In The Witness, your character awakens with no memory on a mysterious (and beautiful) island. Only by exploring the lush and varied landscape will the past become clear and the path home be revealed. Of course, there are over 500 puzzles standing between you and this happy resolution. As you travel the island in search of clues, you're treated to a really lovely view. The Witness has a very polished take on low-poly graphics with great lighting effects.

Admittedly, $20 for a SHIELD game is steep, but this is still a rather new game. It's still selling for $40 on Steam, and many of the games ported to SHIELD are at least a few years old. The Witness is only for the SHIELD Android TV (new or old), so owners of the SHIELD Tablet need not apply. It'll require 3GB of space on your device. 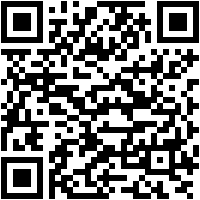