If you've been keeping tabs on the business section of any general news site, you've probably heard about the current scandal rocking the deeply-connected world of corporations and politics in South Korea. The country's president Park Guen-hye was impeached by the parliament, and is currently on trial for fraud and coercion in soliciting bribes to pension charities. The situation has rocked the normally button-down circles of South Korean business, roping in many of the country's largest companies and senior government officials in the drama.

After today, you can add the current head of Samsung Group to that list. Jay Y. Lee (above, also known as Lee Jay-yong) is the vice chairman and de facto leader of Samsung Group, the country's largest business conglomerate and the parent company of Samsung Electronics. Reuters reports that the national prosecutor's office has issued an arrest warrant for the businessman, claiming that he was responsible for a stunning $36.4 million (43 billion won) paid in favors and donations to a charity at the direction of a friend of the president. 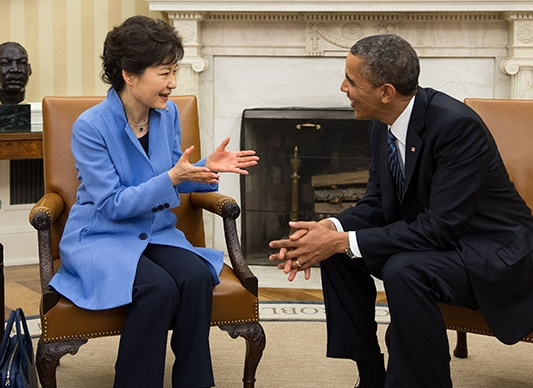 The donation was allegedly a bribe to secure regulatory approval of a merger between two Samsung subsidiary companies. Samsung does not dispute the payment or amount, but denies that there was any element of bribery in the charitable donation. In addition to the bribery charge, Lee is accused of embezzling unspecified funds in cooperation with the government official. It's alleged that President Park personally ordered the approval of the Samsung merger in exchange for the donation.

The scandal has rattled South Korea's usually unshakeable faith in its corporate culture, and more investigations and arrests are expected over the next few months. At the moment it seems unlikely that the arrest of its leader will seriously impact Samsung's international businesses, but between a huge ethics breach and the consumer safety nightmare that was the Galaxy Note 7, it has been a rough couple of quarters for Samsung's image.

PSA: Chrome Dev allows you to modify recommended sites or articles, sort of Reuters: Note7 fires were caused by defective batteries, not a design flaw or firmware issue