Samsung isn't well-known in the Android community for delivering quick updates, but with the Galaxy S7-series of phones and Android 7.0 Nougat, the company hasn't done too poorly. Following a beta program that began in November, some models of the Galaxy S7 and S7 edge are now receiving official, non-beta builds of Nougat over the air. 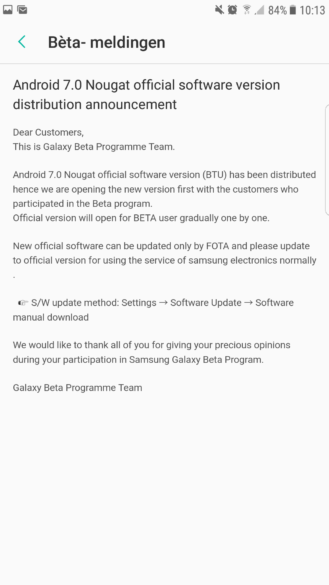 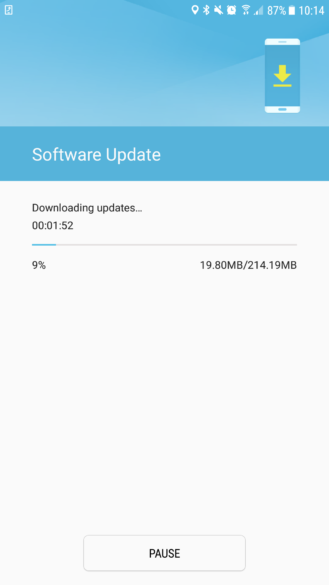 It's not immediately clear which variants of Samsung's flagships are already receiving the update, but screenshots from SamMobile show a European S7 edge that was enrolled in the beta program downloading the OTA update. For that particular model (SM-G935F), the update brings with it the January 2017 security patch and clocks in at around 215MB; this shouldn't differ too much for other variants. It is worth pointing out that this is still Android 7.0 Nougat, not the slightly-improved Android 7.1 Nougat. 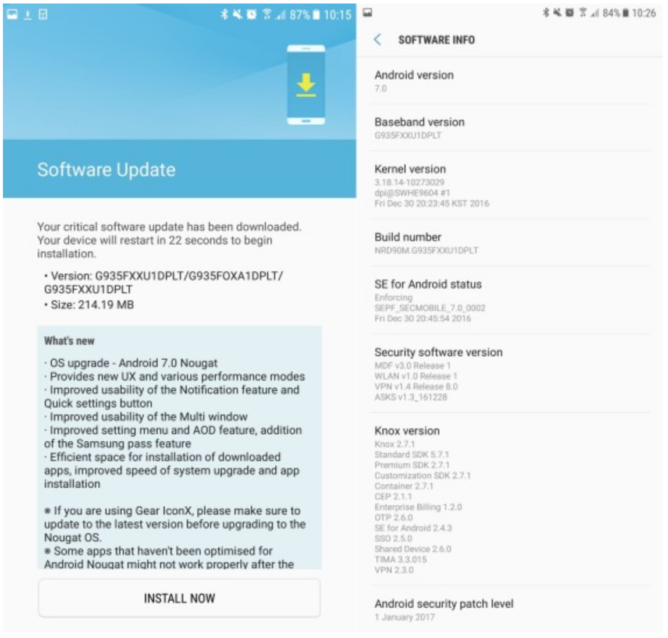 My beta-enrolled T-Mobile S7 edge has no updates available, so I wouldn't count on the official update being on any American devices at this time. However, it's nice to know that Samsung is at least rolling the update out to some variants already.