Last week at CES, I had a chance to spend some time with the new phones from HTC, the U Play and U Ultra. You already know the details on these phones (check out our post here), so I'm more interested in the question of what, if anything, makes them worthy of your attention.

The U Ultra is clearly the star of the show, and with a $749 price point here in the US, competes with the likes of the LG V20, Galaxy S7 edge, and Google Pixel XL. Well, at least that's the case right now. The U Ultra is being dropped by HTC at an exceptionally weird time in the larger smartphone release cycle. In a matter of three months, we're likely to have seen the LG G6, Galaxy S8, and Huawei P10 (or whatever it's called) all debut and at least be very close to launch. While we don't know many things about any of these phones to a certainty yet, I do know a fair bit about the U Ultra, and a lot of it distills down to this: It's a very good phone... by 2016 standards. 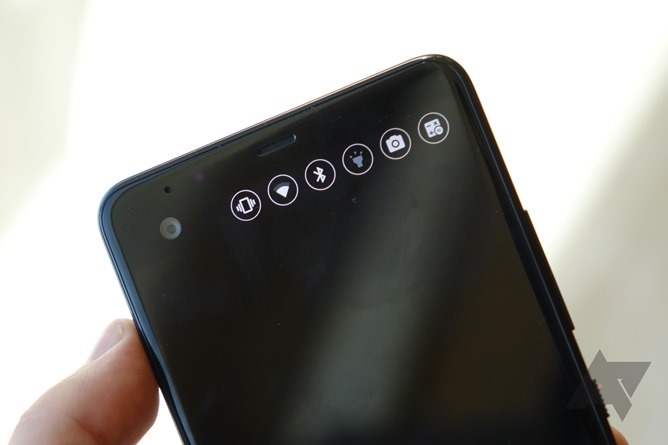 Despite what HTC may say, the ticker is a shameless and wholesale ape of LG's concept on the V-series.

It has a very 2016 chipset, a Snapdragon 821. It has a very 2016 amount of RAM, at 4GB. It has a camera from 2016 (allegedly the same 12MP sensor as the Pixel), and it has 2016's OS (Android 7.0, not 7.1). At $749, this does not bode especially well, in my opinion, for the U Ultra's mid-term sales prospects. Right now, it is a very competitive smartphone with a largely impressive list of specifications. At least, that's how it looks initially. But a few months from now, the U Ultra seems almost guaranteed to be bypassed by the competition and completely forgotten. The phone doesn't even ship until March, and so it appears even HTC knows this, starting presales right now to avoid direct comparison to as-yet unannounced competitors. 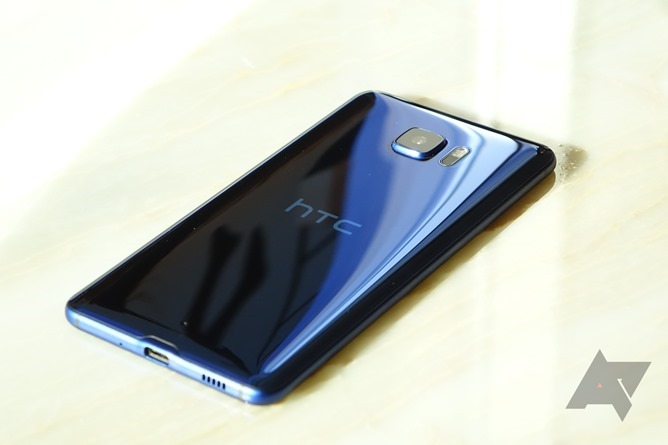 There was no denying, to my eyes, that the U Ultra is a good-looking phone

And if I'm honest, while I do like the design of the U Ultra, aside from its clearly LG V-series aped secondary ticker display, there's really nothing that makes it stand out. The chipset is old news, and most of the other specifications, too, don't really go out of their way to best even the existing competition. Certainly, HTC's Sense UI is among the lightest in terms of touching the larger aesthetic and functionality of the Android [7.0] OS, but even that can only get you so far these days. After all, the same can be said of the OnePlus 3T, a phone that retails for half the money and arguably offers an even better software experience. The Ultra isn't without objective drawbacks, either. It lacks waterproofing, something I'm willing to overlook personally, but that will almost certainly be a hallmark of any device worth its salt released in 2017. It drops the headphone jack, which feels like a move HTC can't afford to make amid plummeting sales and an increasingly alienated fanbase. The 3000mAh battery is dismally small for the massive amount of display canvas (5.7" QHD plus the secondary ticker screen). 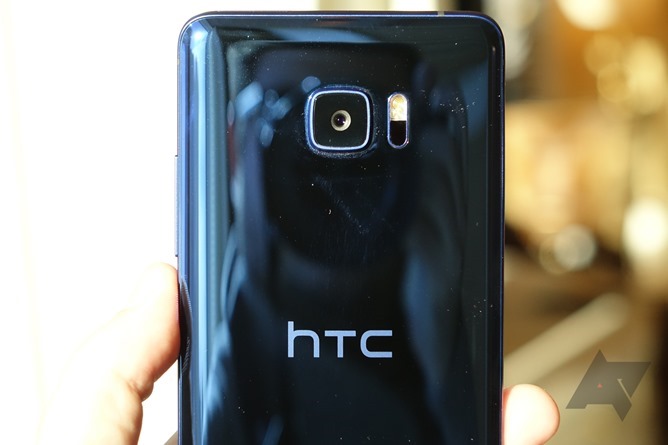 Yes, fingerprints and dust are a bit of a concern.

HTC's larger pitch for the phones, its new AI assistant dubbed HTC Companion, is also more than a bit confusing in premise to me. The gist I got is that the Companion will occasionally suggest things to you - restaurants, changes in the weather - but that it's also being cobranded with the ticker display on the Ultra as a way to manage notification pop-overs better by putting them in the secondary screen instead of the notification tray. The LG V20 also did this, as did the V10. I haven't used the Companion itself enough to really tell you anything meaningful about it, but my gut reaction is that it's just one of a handful of such AI helpers we'll see forced into existence by marketing departments this year. That's not to say it couldn't be useful, so much as the catalyst for its creation is almost certainly the existence of a trend, not a "light bulb" moment for AI inside HTC. 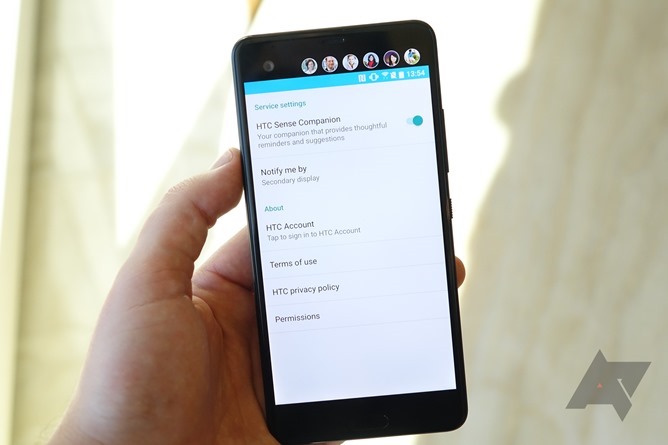 On the whole, the U Ultra is a confusing phone. It might have made sense as a mid-late 2016 launch two or three months ago, but it won't ship until March 2017. HTC would probably like us to avoid lingering on the specifications too long and instead focus on the overall experience, but I'm far from convinced "overall experience" is going to be one of the high points of HTC's newest flagship. I just don't understand this phone. (By the way, HTC strongly implied the U brand is the end of the existing flagship range, meaning no HTC 11.) 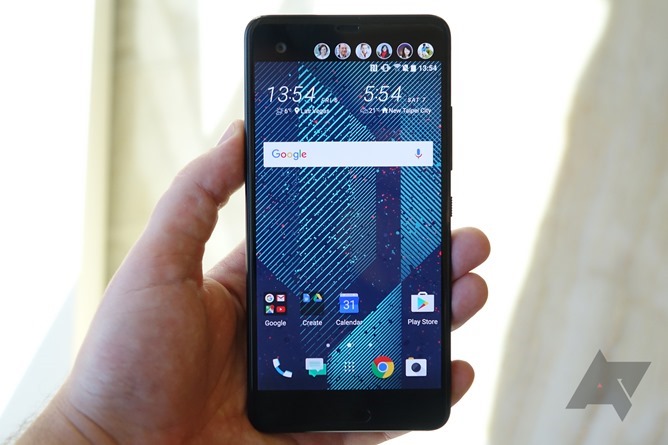 Unfortunately, things don't really get better when you look at the U Play. Now, the U Play is kind of a nonfactor for us here in the US. It doesn't sound like the phone will be sold here - HTC says it will debut in "global markets" - and if I'm going to be honest, it's really quite uninteresting. With a MediaTek Helio P10 and Android 6.0, HTC hasn't done anything that's likely to be price or feature-competitive in the increasingly cutthroat budget flagship market with this phone, and I was a bit disappointed overall the more I read about this particular device. 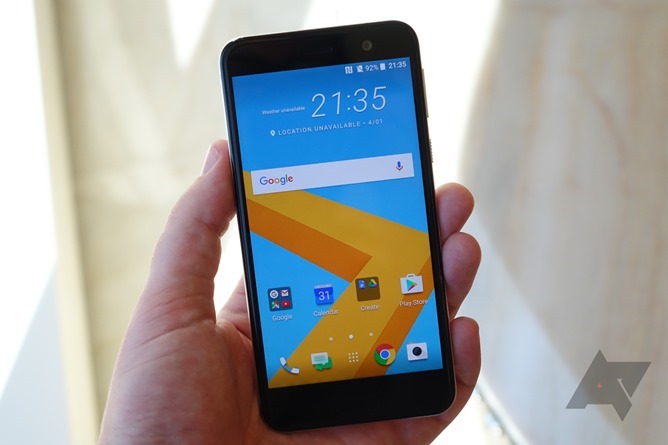 While we don't know pricing yet, we do have years and years of HTC history to fall back on that suggest "more than you'd think" is probably a good place to start. An Android 6.0 phone with no release date, no price, and no apparent imminent US launch is not something I'm especially interested in dwelling on. The U Play is a thing. It really doesn't deserve much more attention than that.

HTC's 2017 strategy so far appears to be "get some phones out the door before everyone manages to steal the spotlight from us." That's not reassuring, and neither of the products they've unveiled seem a resounding vindication of that approach. We'll have to wait for a review to really get our opinions firm, but I can't say I'm optimistic. 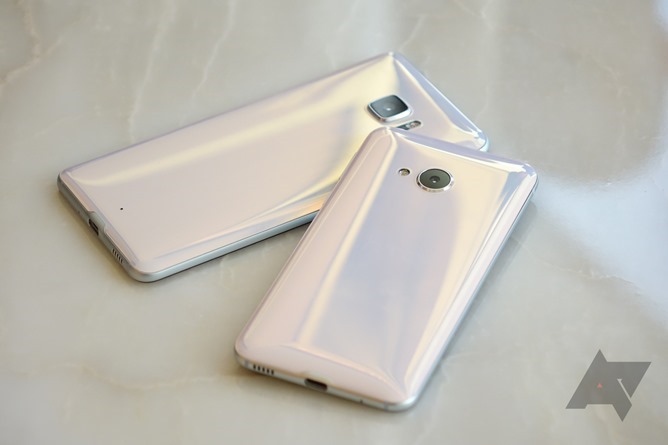