The latest major update to Gmail is beginning to roll out to users and this one looks like it might be fairly important to Exchange users. We're still looking for additional features, but this version does bring support for task management and syncing to Exchange accounts. As usual, we've got a download link at the bottom so you don't have to wait for the apk to roll out to your devices organically.

This is actually for Exchange accounts, and it's already live

I hate to say it, but I slipped up on this one. The newly added support for tasks and snoozing are extensions to the existing Exchange support, not upcoming features for Gmail accounts. Details will be added shortly, but I wanted to get a message up now. Updates are now in place and the article has been updated to reflect what it would have read.

Note: The original version of this post was a teardown predicting the addition of Inbox's Reminders and Snoozing features to the Gmail app. Unfortunately, it was a misinterpretation, these features are specifically for Exchange accounts at this time. I apologize for the confusion. But now that it happened, let's hope that my mistake and the resulting comments turn out to be a positive message about how much Gmail users would love to see a couple of the Inbox features become less exclusive.

Unofficial Changelog: (the stuff we were tipped about) 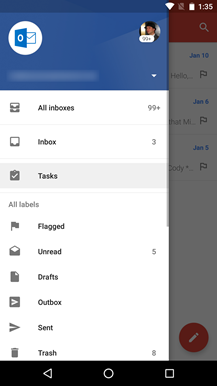 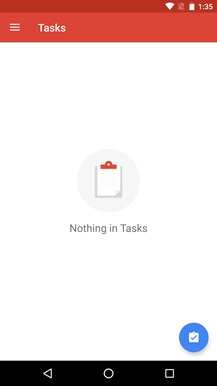 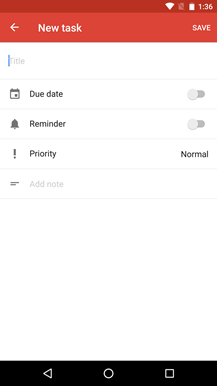 Microsoft's Exchange protocol is a large, expansive system with features suited for use by businesses of all sizes. When Gmail was updated last year to include built-in Exchange support, many aspects of the protocol were left out, especially if they didn't directly relate to email, contacts, or calendars. The latest update expands the coverage to include Task support for Exchange.

Tasks work about the same way they do in any other implementation, and they can be very closely compared to Reminders in Google's Inbox app. (ahem) 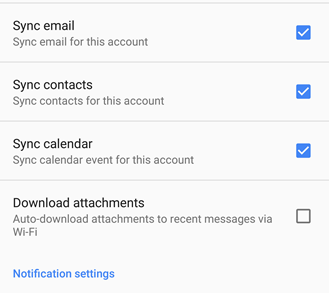 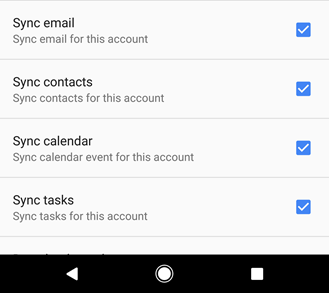 To see the new Task support in Gmail, your Exchange accounts have to be enabled to sync tasks from the server. This setting is not enabled when you update from an earlier version of Gmail, so you'll have to go into Settings –> (the individual account) –> turn on Sync tasks. Once enabled, a new entry for Tasks should appear in the navigation drawer when an Exchange account is currently active.

Android Pay gets support for 40 new banks including BMO Harris